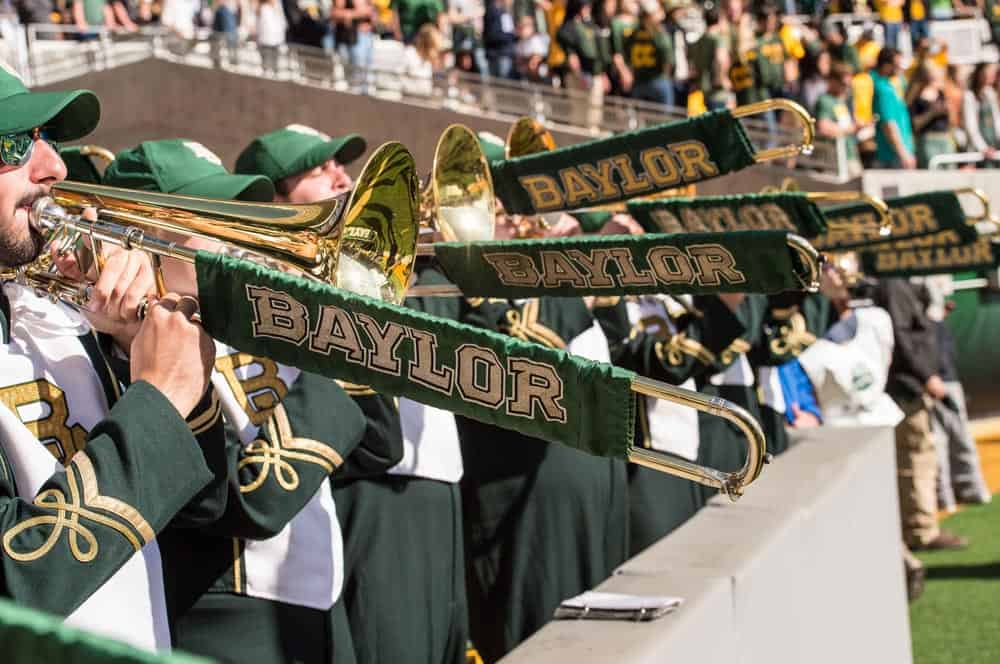 The Baylor Bears will open the 2019 football season vs. the Stephen F. Austin Jacks, according to Baylor’s 2016 football media guide.

The addition of Stephen F. Austin tentatively completes the non-conference portion of the schedule for Baylor in 2019. The Bears are also slated to host UTSA on Sept. 7 and travel to Rice on a new date to be determined.

Baylor’s media guide lists them playing at Rice on Sept. 14. However, since that date was announced, Rice added a game against Texas at NRG Stadium in Houston for the same date.

Missing from Baylor’s future schedule listing in their media guide is a home-and-home series against BYU in 2021 and 2022. While some might think it’s due to BYU possibly joining the Big 12, it could also be that no specific dates have been assigned to the series yet.

Another change listed in the media guide is Baylor’s home game against Louisiana Tech in 2022. Originally announced for Sept. 10, Baylor now lists the game as the season-opener on Sept. 3.

What? Not one comment, ahhhh yes. It must be that 9th conference game against the mighty Jayhawks of Kansas which is a powerful P5 team & will give the Baylor Bears all they can handle. Got it!

That’s why no one is saying anything. SFA will be a far more difficult game than half of Baylor’s Big 12 opponents.

I thought the Big 12 was saying teams needed at least 1 P5 level opponent. It’s annoying but understandable that some previously filled slates may be grandfathered, and it wouldn’t be shocking if the Big 12 found BYU to be an acceptable option (both given the general strength of that program, and the fact that other conferences have similar exceptions… some even have crazier ones, considering Army a P5 level opponent, for example), but I don’t think there is any real argument to support UTSA, Rice, or SFA as being P5 level.

They are, so their 2019 slate will likely change.