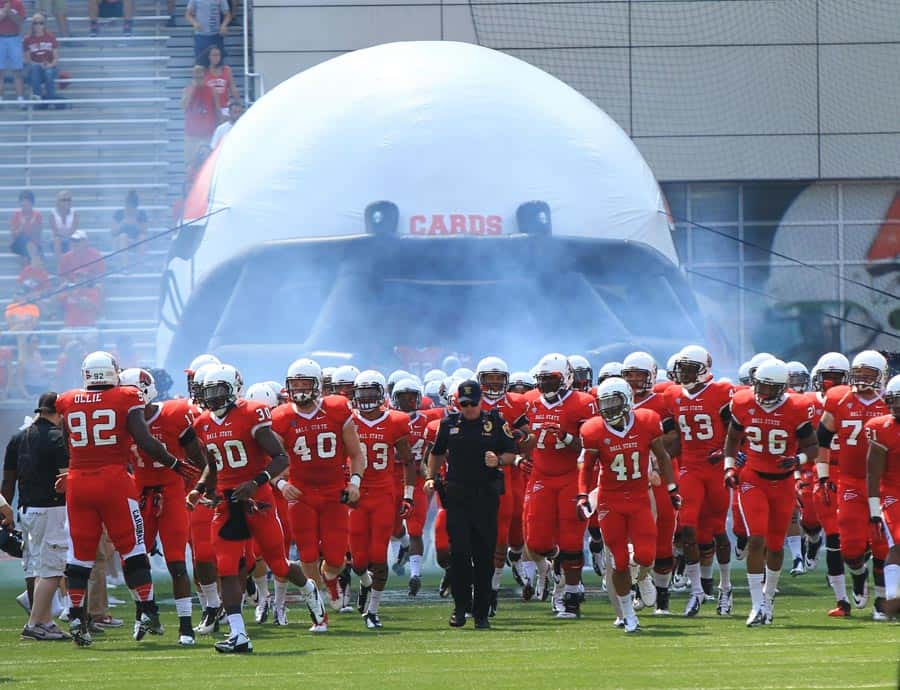 Ball State and the Florida Atlantic Owls will play a home-and-home series. FAU will host the first game of the series at FAU Stadium in Boca Raton on Sept. 24, 2016. The Owls will then travel to face the Cardinals at Scheumann Stadium in Muncie, Indiana on Sept. 14, 2019.

The 2016 game will be the first ever meeting between Ball State and FAU on the gridiron.

Ball State also announced today the addition of a Sept. 17, 2016 home game against the Eastern Kentucky Colonels. EKU leads the all-time series against Ball State 3-0 after consecutive victories in 1967, 1969, and 1970.

The additions of FAU and EKU completes the 2016 non-conference schedule for Ball State. The Cardinals are scheduled to open the season at Georgia State on Sept. 1 or 2 and then travel to face Indiana on Sept. 10.

Florida Atlantic now has three non-conference games tentatively set for 2016 and two for 2019. In 2016, FAU is also slated to visit Kansas State on Sept. 17 and Miami (FL) on a date to be announced.

The Owls’ other game scheduled in 2019 is a home contest against the UCF Knights, which is currently set for Sept. 7.