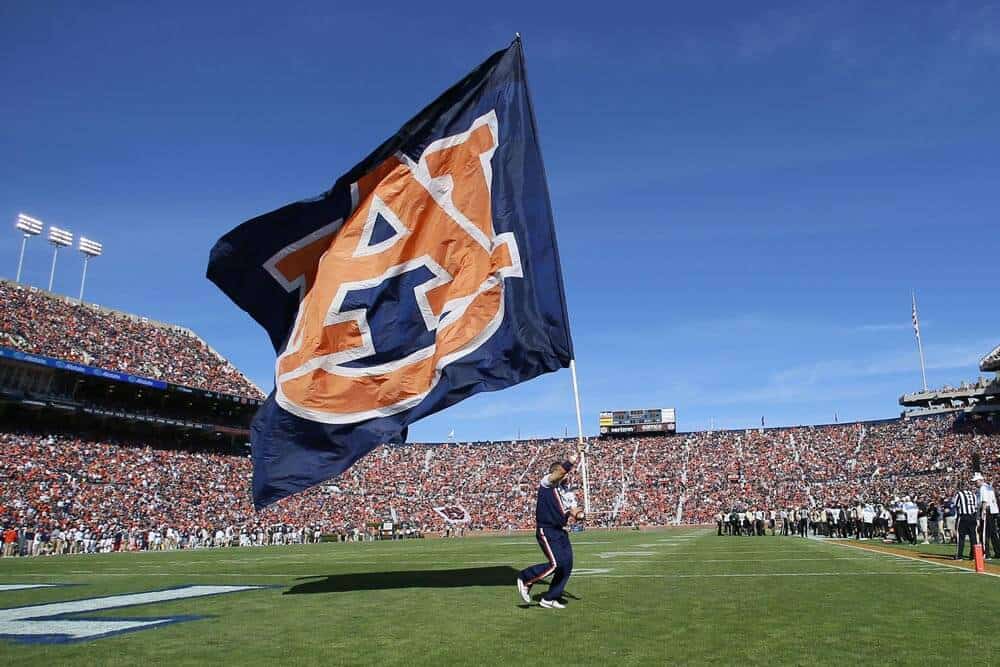 The Auburn Tigers have added the Western Kentucky Hilltoppers to their 2022 football schedule, both schools announced on Tuesday.

Auburn will host Western Kentucky at Jordan-Hare Stadium on Sept. 24, 2022. The game will be the third meeting between the two schools following matchups in 2003 and 2005. Auburn won both contests 48-3 and 37-14, respectively.

The addition of the game with WKU gives Auburn two non-conference games for the 2022 season. The Tigers are also scheduled to host Penn State on Sept. 17, which is the first game of a home-and-home series that begins at Beaver Stadium in 2021.

Western Kentucky now has three announced non-conference games for 2022. The Hilltoppers are slated to open that season at Hawaii on Sept. 3 and then host Austin Peay on Sept. 10.

“It is great for WKU to add an opponent of Auburn’s caliber and tradition to our future non-conference football schedule,” said WKU Director of Athletics Todd Stewart. “The goal of our football program in scheduling is to play appealing regional opponents that enable our fans to travel to the game and see us compete against the best competition in the country. Traveling to play a prominent Auburn program in a fantastic setting will be exciting for everyone associated with our program.”

Good match-up here….WKU seems to have established that they are going to be pretty rugged year in and year out.

Too bad this game is so far in the future though. WKU will surely have a new coach by then. Hopefully they will still be a strong mid-major program and give the Tigers a challenge.