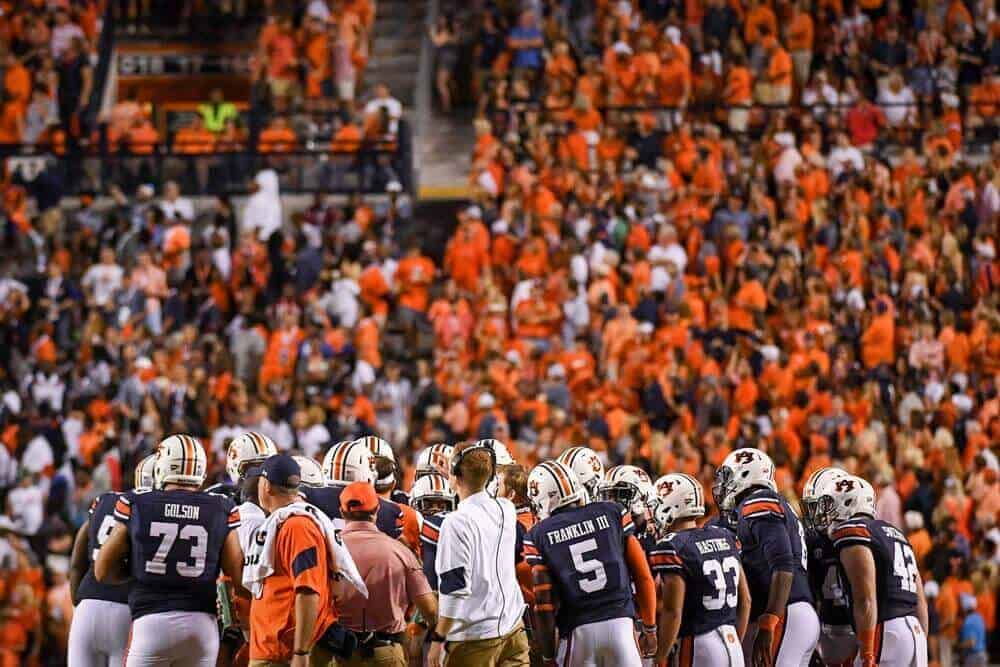 The Auburn Tigers have added the Kent State Golden Flashes to their 2019 football schedule, according to an announcement on Wednesday.

Auburn will host Kent State at Jordan Hare Stadium on Sept. 14, 2019. The game will be the first-ever meeting between the two schools.

The addition of Kent State tentatively completes Auburn’s non-conference schedule for the 2019 season. The Tigers are scheduled to open the season vs. Oregon in Arlington, Texas on Aug. 31. Auburn also hosts Tulane on Sept. 7 and Samford on Nov. 23.

In SEC play in 2019, Auburn is slated to host Alabama, Georgia, Mississippi State, and Ole Miss and travel to Arkansas, LSU, Texas A&M, and Florida.

Kent State now has three non-conference games lined up for 2019. The Golden Flashes are also scheduled to travel to Arizona State on Aug. 31 and host Kennesaw State on Sept. 7.

Kent State also announced on Wednesday that they will play at Ole Miss in 2018. We previously reported that future matchup back in April.

I grew up in SEC country, went to an SEC school, and now can’t stand how bandwagoners like yourself claim that the SEC plays the toughest schedule every single year.

Remind me when was Kentucky playing a meaning full game in November as a nationally ranked team in football?
Btw you realize of the Power 5 conferences the SEC actually had the worst team in regards to records?

If the SEC wants to get the proper respect they should be receiving stop scheduling cupcake games and go to a 9 game conference schedule, because no offense if Alabama gets stuck playing Kentucky as opposed to Samford I doubt the scoreboard will be much different. Or even better going to a 9 game conference schedule actually enhances the SEC because as you like to think a 3-9 Vanderbilt team is far and above better than a 11-2 Penn State.

um, satire … Then again, you did say that you went to an SEC school (I’m guessing not Vanderbilt). Read it again, slowly this time. I was poking fun at the folks you’re ranting about.