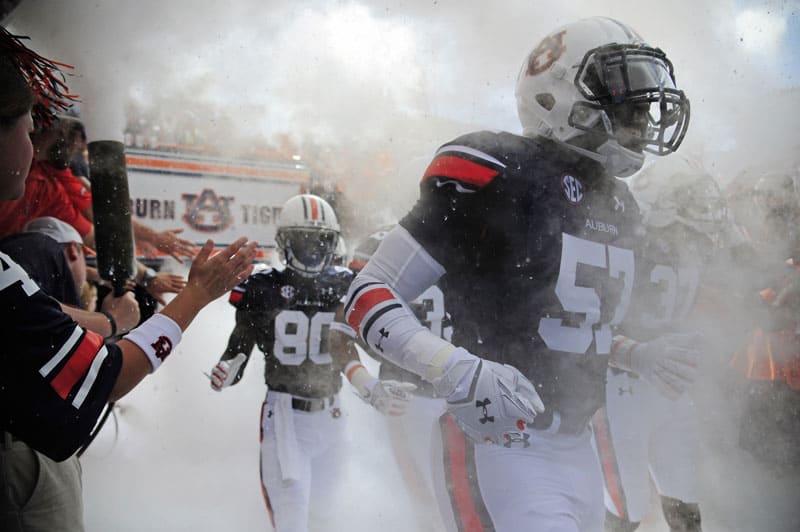 The Auburn Tigers will host the Mercer Bears during the 2017 season, according to an announcement today by Mercer.

Auburn and Mercer will meet at Jordan-Hare Stadium on a date to be announced in 2017. The game will be the 12th overall meeting between the two schools, but first since 1922. Auburn leads the series 11-0.

Note: The Montgomery Advertiser reports the game is set for Nov. 18, 2017.

“We are excited about the challenge of facing one of the top teams in the Southeastern Conference in 2017,” said Mercer head coach Bobby Lamb. “This is a great opportunity to test ourselves against a FBS power in one of the best stadiums in the country.”

Mercer rebooted their football program last season after a 72-year hiatus. The Bears are now member of the Southern Conference in the FCS and went 6-6 in 2014.

Auburn now has their second non-conference game for the 2017 season. The Tigers are also scheduled to visit Clemson on Sept. 9 in the second game of a home-and-home series that begins in Auburn in 2016.

SEC games for Auburn in 2017 include home contests against Alabama, Georgia, Mississippi State, and Ole Miss. The Tigers will travel to face Arkansas, LSU, Missouri, and Texas A&M.

:/ And people complained about Baylor’s non-conference scheduling … I’m an Auburn fan, and I sure am tired of the SEC’s continued scheduling of FBS teams.

One FCS team is ok, as long as the other teams are good/decent. The Top 3 teams in the playoff all played FCS teams, so apparently it doesn’t matter to them.