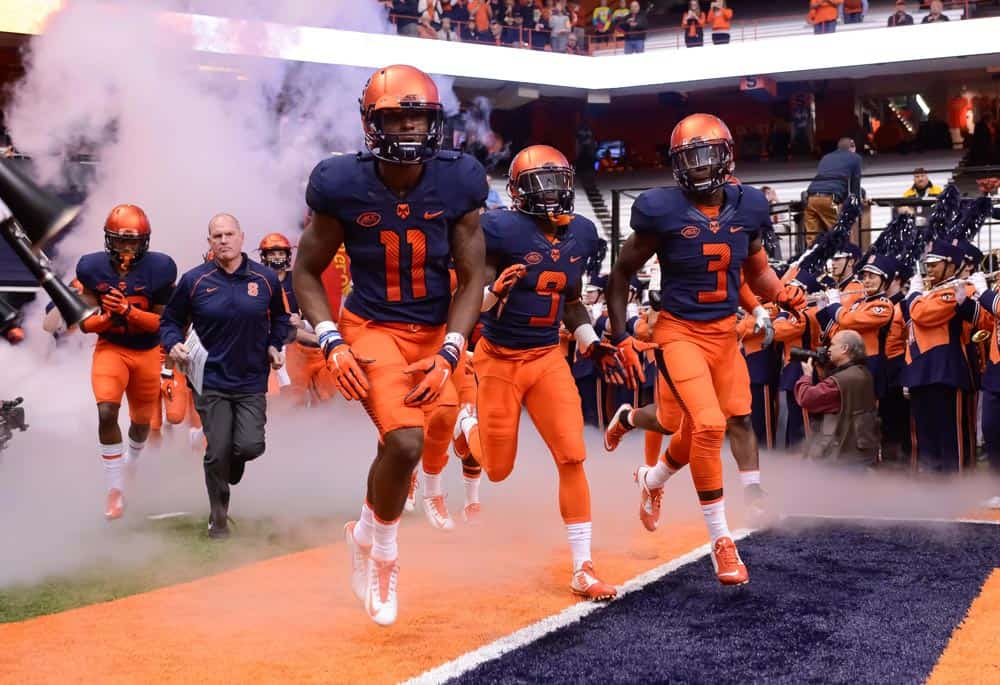 The Army Black Knights and the Syracuse Orange have scheduled a four-game, home-and-home football series, the two schools announced on Sunday.

Army and Syracuse have squared off 21 times in a series that dates back to 1899. The Orange lead the series 11-10 and have won the past three meetings, the last coming in 1996.

“We’re excited to renew our series with Syracuse,” Army West Point Director of Athletics Boo Corrigan said. “Both institutions have a proud football tradition and it is something that just makes sense. The chance to get to Upstate New York, where there is a strong military presence with the 10th Mountain Division at Fort Drum, allows us to showcase our cadet-athletes in another region of the Northeast. The new agreement also allows the people of New York City, including alumni from both schools, the opportunity to visit West Point and see two of the top programs in the tri-state area.”

Army, an FBS Independent, adds Syracuse to the few other games they have scheduled for the 2023 through 2026 seasons. The Black Knights face Air Force and Navy each season, and they also have Wake Forest scheduled for 2024-26 and a game at Hawaii in 2024.

“We are thrilled to add this football series to an already powerful relationship,” said Syracuse Director of Athletics John Wildhack. “We have a long history with Army West Point on the football field and the University is a leader in supporting veterans and military families. We look forward to having the tradition and pageantry of the Army West Point program in the Carrier Dome for our fans to enjoy.”

Syracuse only has one other non-conference game announced for the 2023 through 2026 seasons — a 2025 game at Notre Dame.

The “Battle of New York”. I kinda like it

It’s pretty absurd that the state of NY only has 3 FBS teams even if there is additional NFL competition. Hell, Alabama is going to be back up to 5 FBS teams next year and Ohio has 2 NFL teams and 8 FBS schools.

On a weekend when all have home games, Crimson Tide gets more attendance than Syracuse, Buffalo, and Army combined.

Auburn’s stadium capacity is 15K less than Alabama but they also have more attendance than the Orange, Black Knights and Bulls combined.

New York is good for high school & NFL football, not so much for college

To our Bama fans…we can say the same thing about basketball…one game at the Dome draws more than every hoops game in Alabama.

Army’s also a much better college