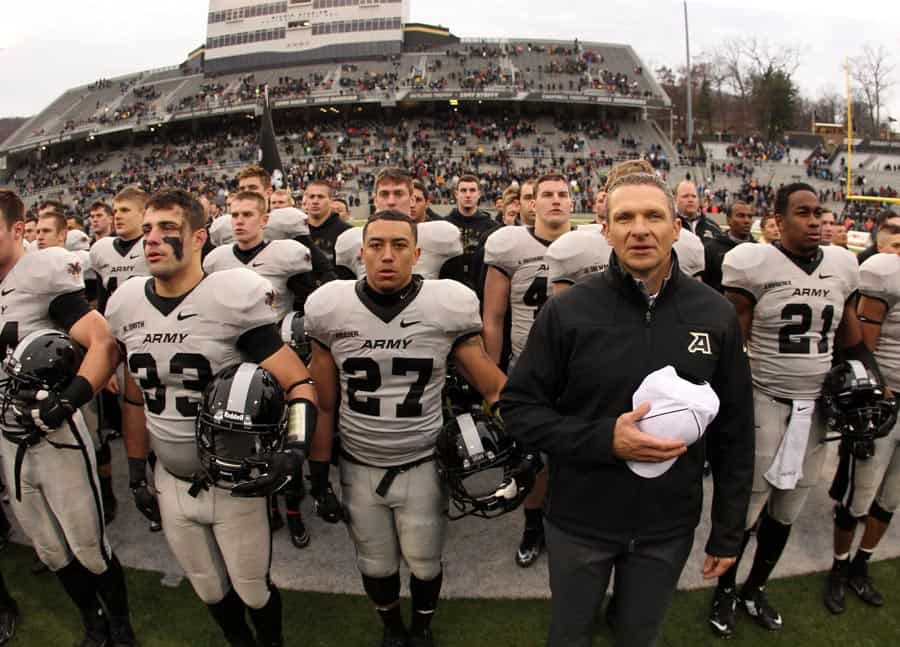 The Army West Point Black Knights have made several additions and changes to their future football schedules over the past few years.

Below is a list of new opponents and/or specific dates on Army’s future schedules that were previously unreleased, as indicated in contracts obtained from the Army Athletic Association via a Freedom of Information Act request.

From the information that was pieced together, Army currently has 13 games on their 2016 football schedule. They don’t play at Hawaii that season, so one game will likely be postponed to another season.

Last year, Army inked a three-game series with the Bucknell Bison. The two schools meet this season on Oct. 17 in West Point. Future dates include Sept. 5, 2020 and Nov. 13, 2021, both at Michie Stadium.

The Buffalo Bulls agreed to a four-game home-and-home with Army back in 2010 and later modified that contract in 2014. The two schools played the first game on Sept. 6, 2014 in West Point.

Army and Duke agreed to a six-game, home-and-home football series back in 2009. The two schools have already squared off twice (2009 and 2010) and they meet this season on Oct. 10 in West Point.

Back in 2008, Army and Rice agreed to a four-game football series before two more games were added. The series kicked off in West Point last season and continues on Oct. 24, 2015 in Houston.

Back in 2009, Army and Tulane scheduled a four-game home-and-home series. The first game is this season on Nov. 14 in West Point.

Army and VMI signed a contract two years ago that will result in the VMI Keydets visiting Michie Stadium on Nov. 16, 2019.

Army and Wake Forest agreed to a six-game home-and-home series last year. Below are the dates of the six games:

You’re right. It has nothing to do with the fact that the football players are soldiers first, need to pass military physicals (aka…can’t weigh 300+ lbs), or have much more strict academic standards than 99% or the other schools. And it definitely isn’t a combination of the three.

Don’t forget Coast Guard New London and Starfleet San Francisco!
.
But seriously, VMI and Morgan State in the same year? There’s no excuse for playing FCS schools like this, when Navy and AFA are in legitimate conferences.

Oh I forgot just because it’s the Army we can’t comment on how poor of a team they field year after year. The only FCS schools they should be playing on such a consistent basis are VMI & The Citadel if we’re going with that rationale.

As it should be, West Point sports take a back seat to academics! NOBODY goes to a service academy to be jock. Realistically speaking, the three major Service Academies should be joined with the !vy League, where sports is not the reason for attending..

Season ticket holder over 35 years ,team is undersized and with minimal talent ,not lack of heart or desire belong in the Patriot League.

They couldn’t even defeat Bucknell which has a total co-ed enrollment of about 3600!!