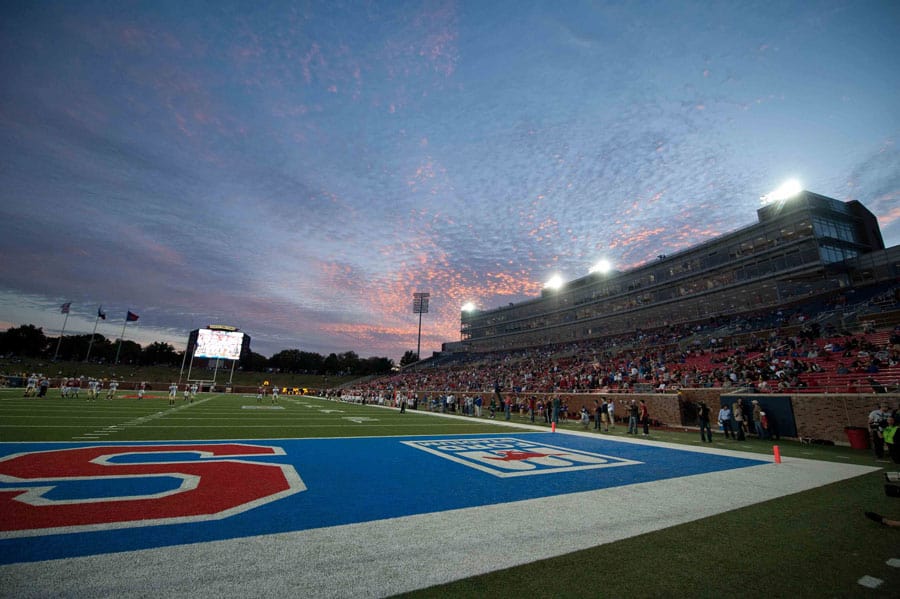 The Arkansas State Red Wolves and the SMU Mustangs have scheduled a home-and-home football series for 2017 and 2019, the schools announced today.

SMU will host Arkansas State in the first game of the series at Gerald J. Ford Stadium in Dallas, Texas on Sept. 23, 2017. The Mustangs will then travel to face the Red Wolves at Centennial Bank Stadium in Jonesboro on Aug. 31, 2019.

Arkansas State and SMU have met twice previously in a home-and-home series in 2006 and 2007. SMU took the first game in Dallas 55-9, and then ASU evened the series the following season with a 45-28 victory in Jonesboro.

The addition of SMU gives Arkansas State three announced non-conference games for 2017 and two for 2019. The Red Wolves are slated to visit Nebraska and host Miami (FL) in 2017 and travel to UNLV in 2019.

Good move for SMU. They need to limit P5 play to just TCU.