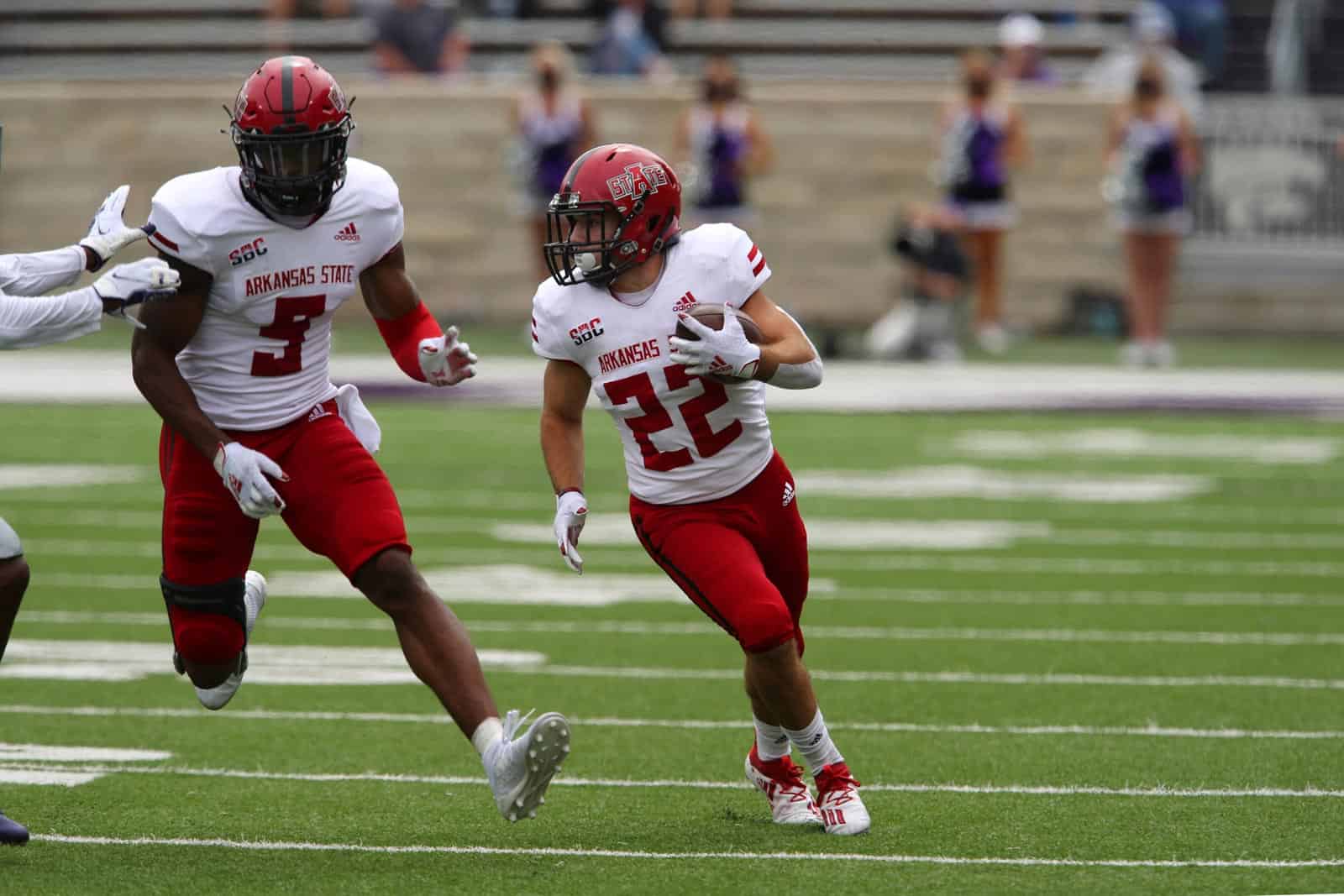 The Arkansas State Red Wolves were scheduled to host the Central Arkansas Bears this weekend on Sept. 19, but the game has been postponed to Saturday, Oct. 10.

The game was postponed due to novel coronavirus 2019 (COVID-19) issues at Arkansas State.

The game’s postponement is due to Arkansas State being unable to assemble a full two-deep depth chart at a specific position group due to player unavailability.

It was not the volume of total players unavailable, but rather the inability to field a safe number of players among the depleted position group that required the game be rescheduled.

“We are obviously disappointed for the student-athletes participating from both schools, as well as both coaching staffs and fan bases,” said A-State Director of Athletics Terry Mohajir. “We are excited that we’ve rescheduled this game to be played at Centennial Bank Stadium on Oct. 10.”

“While no one wanted this outcome, the health and safety of our student-athletes will always come first,” said Mohjir. “We will remain diligent in our health and safety protocols, and we look forward to resuming our 2020 schedule next week against Tulsa.”

Central Arkansas, which was off on Saturday, will now have consecutive open dates. The Bears opened their season with a 24-17 win over Austin Peay in Montgomery, Ala., before falling at UAB, 45-35.

“During these unique times, these situations are bound to occur,’ said UCA director of athletics Dr. Brad Teague. “We have seen it across the nation. We were definitely ready and looking forward to competing against the Red Wolves, but we absolutely understand that the health and wellness of our student-athletes has to guide all our decisions.

“We certainly wish the best for ASU’s football team and look forward to traveling to Jonesboro on Oct. 10 for an outstanding in-state matchup.”