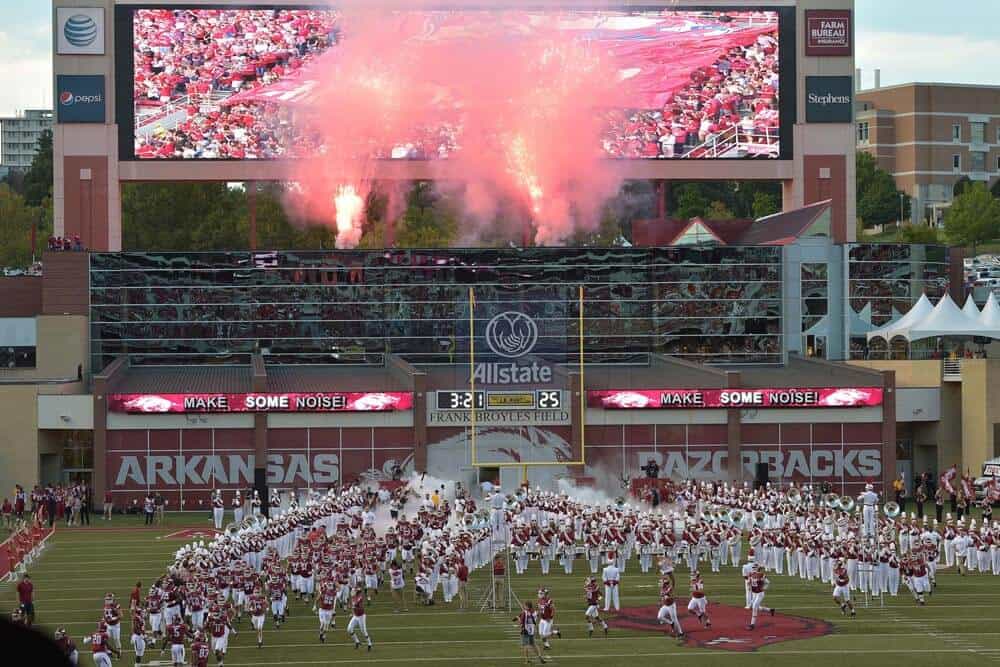 The Arkansas Razorbacks will open the 2018 season vs. the Eastern Illinois Panthers, according to EIU’s official athletics website.

Arkansas will host Eastern Illinois on Saturday, Sept. 1, 2018 at D.W.R. Razorback Stadium in Fayetteville. The game will be the first-ever meeting between the two schools.

Eastern Illinois is a member of the Ohio Valley Conference in the Football Championship Subdivision (FCS). In 2016, the Panthers finished 6-5 overall and 4-4 in conference play.

Arkansas now has two non-conference games scheduled for the 2018 season. The Razorbacks are also slated to host North Texas on Sept. 15.

In SEC play in 2018, Arkansas is set to host Alabama, LSU, Ole Miss, and Vanderbilt and will travel to Auburn, Mississippi State, Missouri, and Texas A&M (at Arlington, TX).

Any word yet on what Power 5 team(s) Arkansas is looking to play in 2018-19 since Michigan dropped out of their home and home series? There don’t appear to be many options out there.