Arkansas to host Ole Miss in Little Rock in 2018 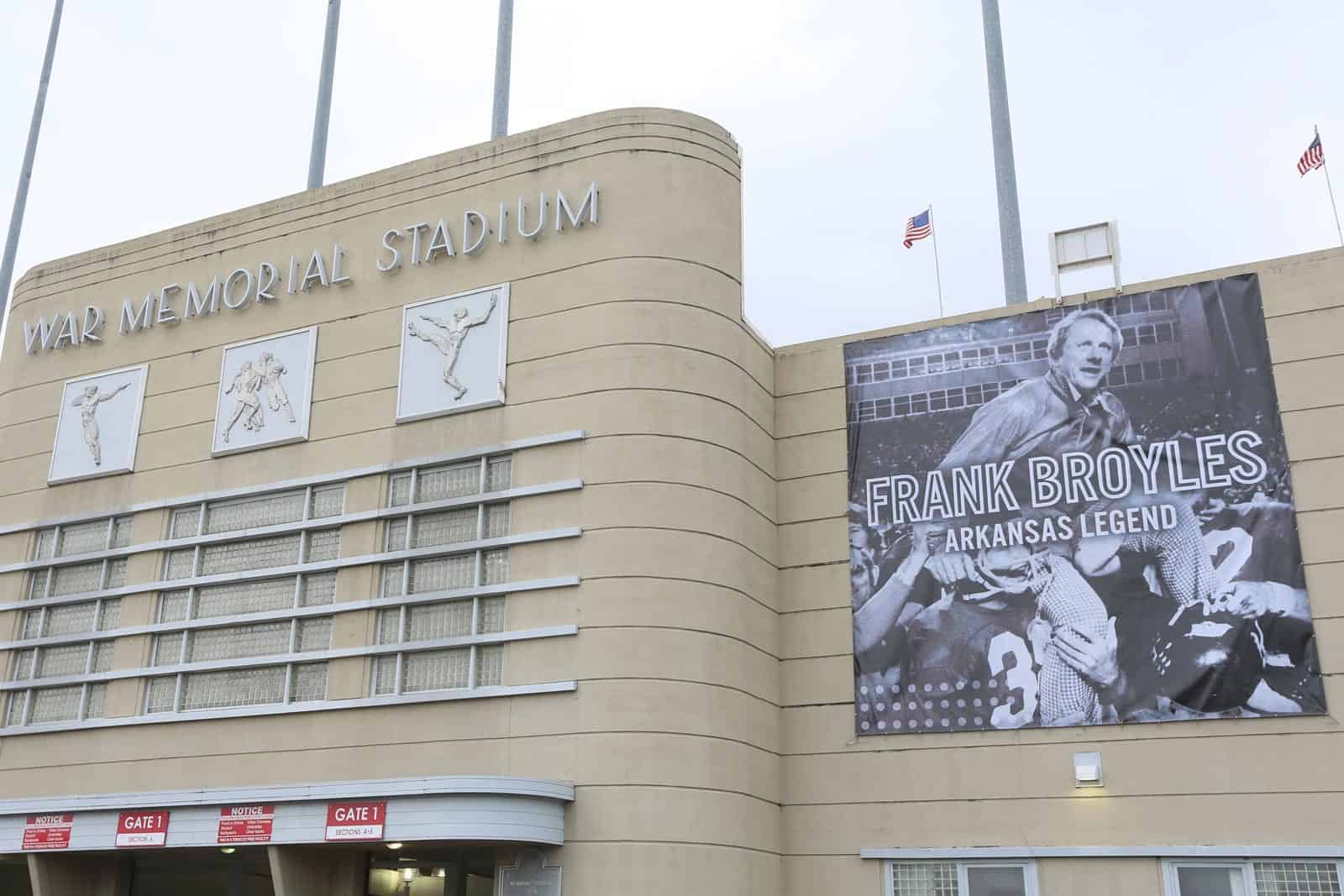 The Arkansas Razorbacks will host the Ole Miss Rebels in Little Rock in 2018, Arkansas athletics announced on Wednesday.

Arkansas and Ole Miss will square off at War Memorial Stadium in Little Rock on Saturday, Oct. 13, 2018. The game date was previously set with the release of the 2018 SEC football schedule.

The game will be part of the 70th anniversary season of War Memorial Stadium, which has been a second home for the Arkansas Razorbacks since 1948.

“We look forward to our return to Central Arkansas to take on Ole Miss at War Memorial Stadium in October 2018,” Arkansas interim Athletics Director Julie Cromer Peoples said. “I know Razorback fans will be excited and ready to cheer on our team in a key Southeastern Conference Western Division matchup. Arkansas and Ole Miss first met on the football field more than a century ago and we look forward to the next chapter in this rivalry, in a venue that has hosted so many important games in this series.”

Both Arkansas and Ole Miss could be debuting new head coaches in 2018. Arkansas’ Bret Bielema has been on the hot seat lately and the Rebels are currently led by interim head coach Matt Luke following Hugh Freeze’s firing prior to the season.