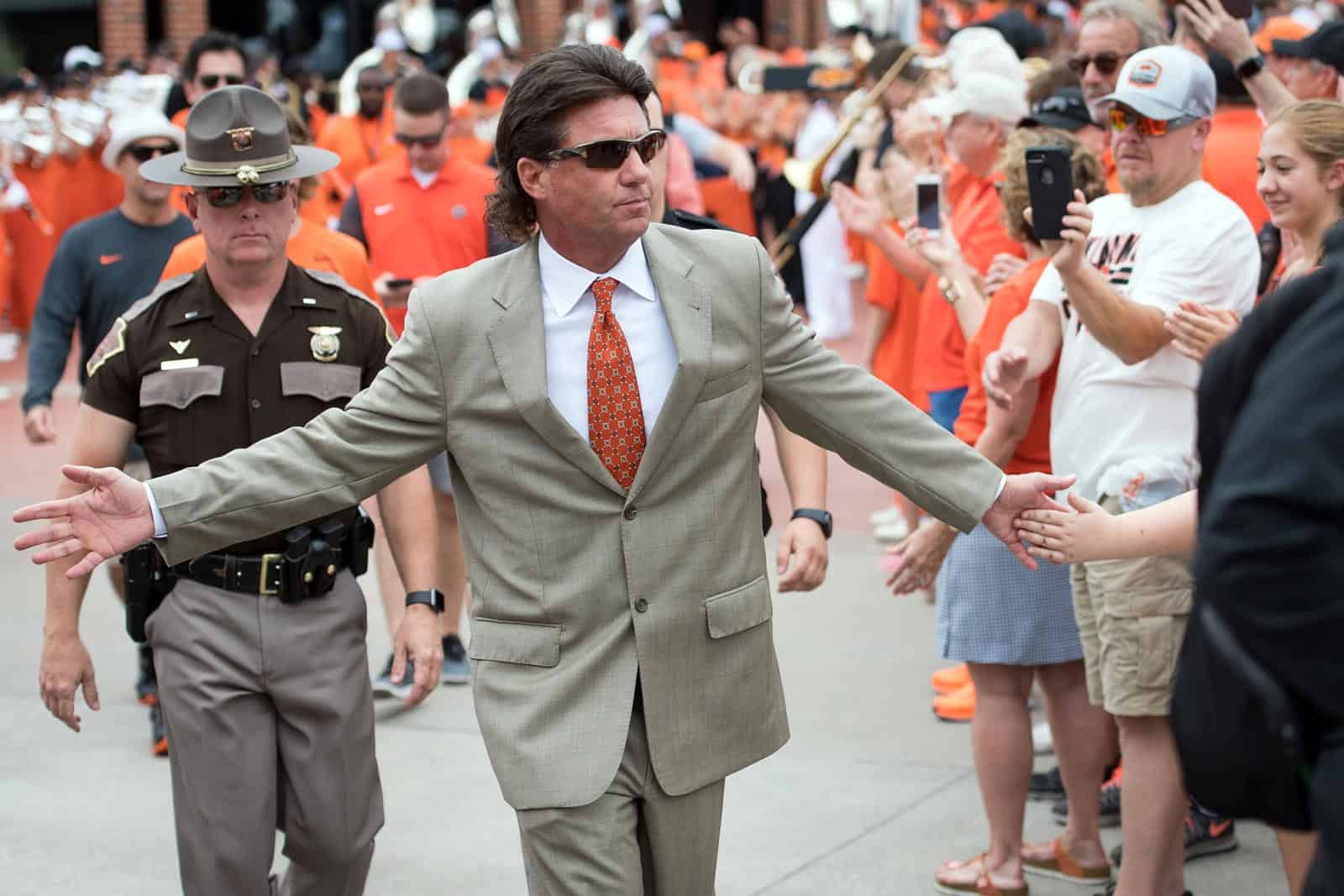 The Arkansas Razorbacks and the Oklahoma State Cowboys have added two games to their future football series, both schools announced on Tuesday.

Back in October of 2018, Arkansas and Oklahoma State announced a home-and-home series. The games are set for Sept. 7, 2024 at Boone Pickens Stadium in Stillwater and Sept. 11, 2027 at Donald W. Reynolds Razorbacks Stadium in Fayetteville.

Today the schools added two games to their existing series, which now totals four games overall. Arkansas will travel to take on Oklahoma State in Stillwater on Sept. 18, 2032 and will host the Cowboys in Fayetteville the following season on Sept. 17, 2033.

Arkansas and Oklahoma State have met 46 times on the gridiron, but not since a 33-20 Razorback win in Little Rock in 1980. Arkansas currently leads the overall series 30-15-1 and has won five straight over the Cowboys.

The addition of the football series for 2032 and 2033 are the first announced non-conference contests for both schools for both seasons.

Arkansas is scheduled to open the 2019 season on Saturday, August 31 at home in Fayetteville against the Portland State Vikings. Oklahoma State opens the season one day prior on Friday, August 30 on the road in Corvallis against the Oregon State Beavers.

That is a nice addition of a series for both schools. Any truth to the rumor though that Arkansas is requiring that the Cowboy coach must sport a mullet for both the 2032 and 2033 games?