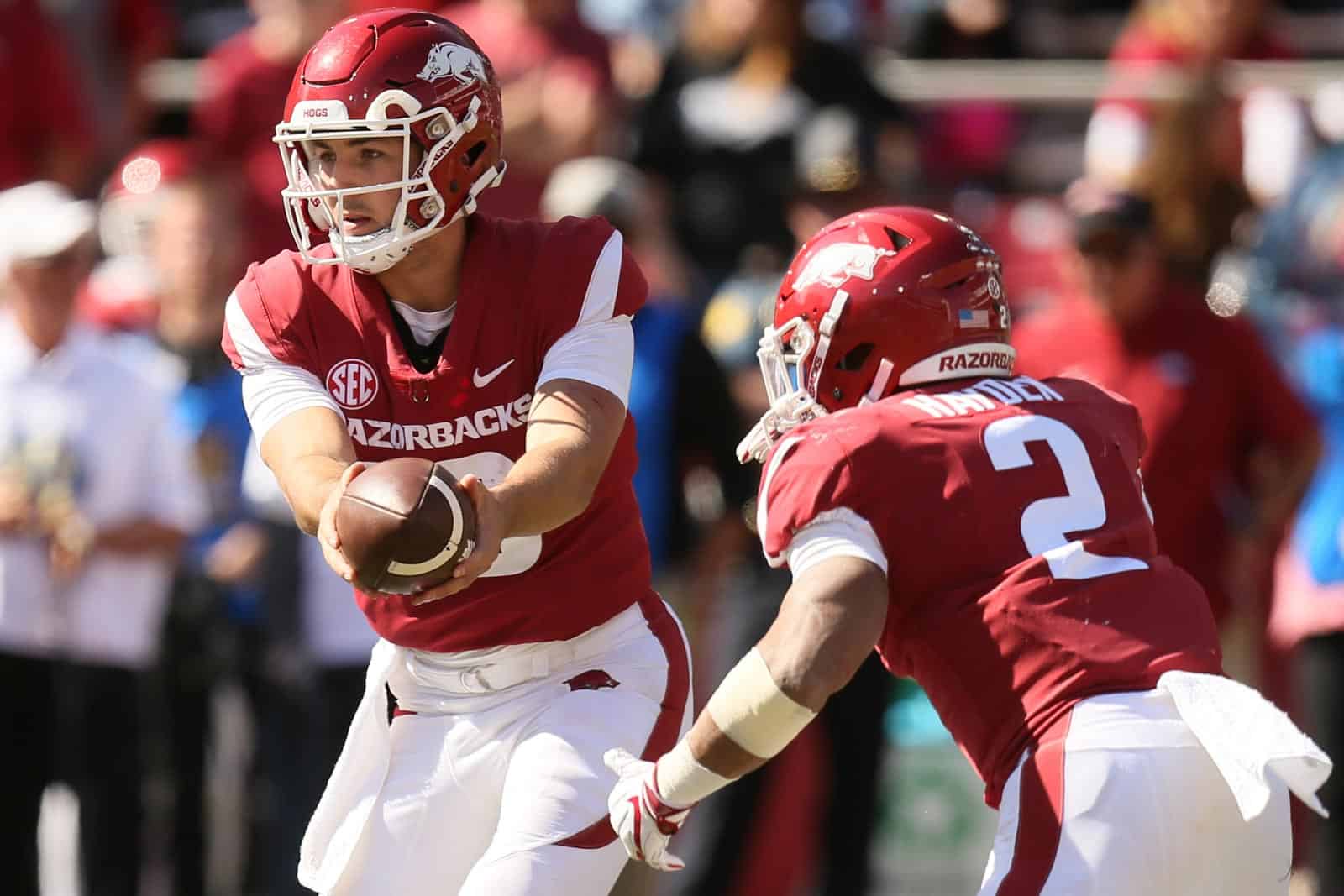 The Arkansas Razorbacks and the Memphis Tigers have scheduled a three-game, two-for-one football series, both schools announced on Monday.

The series will begin with Arkansas traveling to face Memphis at Liberty Bowl Memorial Stadium in Memphis, Tennessee, on Sept. 20, 2025. The Razorbacks will then host the Tigers at Donald W. Reynolds Razorback Stadium in Fayetteville on Sept. 19, 2026 and then again two seasons later on Sept. 9, 2028.

“I am excited for our fans throughout Arkansas and extending into Memphis that this series has come to fruition,” Arkansas Vice Chancellor and Director of Athletics Hunter Yurachek said. “Based on the proximity of the two institutions and their respective fan bases, I believe these games will generate tremendous interest. I want to thank Allie Prescott for his efforts and diligence to finalize the agreement that Tom Bowen and I began discussing a few months ago.”

Arkansas and Memphis first met on the gridiron in 1992 and have played five times overall. In their most recent matchup in 1998, Arkansas defeated Memphis 23-9 at the Liberty Bowl, but the Tigers still hold a one-game advantage in the series, 3-2.

“We are all aware that our fans have asked for more of these types of games on our football schedule,” Memphis Interim Athletics Director Allie Prescott said. “It’s important for us to find ways to keep our fan base energized about the future of our program under Coach Norvell’s leadership, and this is a great step in that direction. We’re excited to resume this series with a Mid-South foe and look forward to starting the rematch here in the Liberty Bowl in 2025.”

Memphis is the second announced non-conference opponent for Arkansas for the 2025 season and the first for both the 2026 and 2028 seasons. The Razorbacks’ other game scheduled in 2025 is a home contest against Notre Dame on Oct. 4.

The Tigers now have three non-conference contests scheduled for the 2025 season. Memphis is scheduled to play back-to-back road games at Georgia State on Sept. 6 and at Troy on Sept. 13.

Arkansas is the first announced non-conference opponent for Memphis for 2026 and 2028.