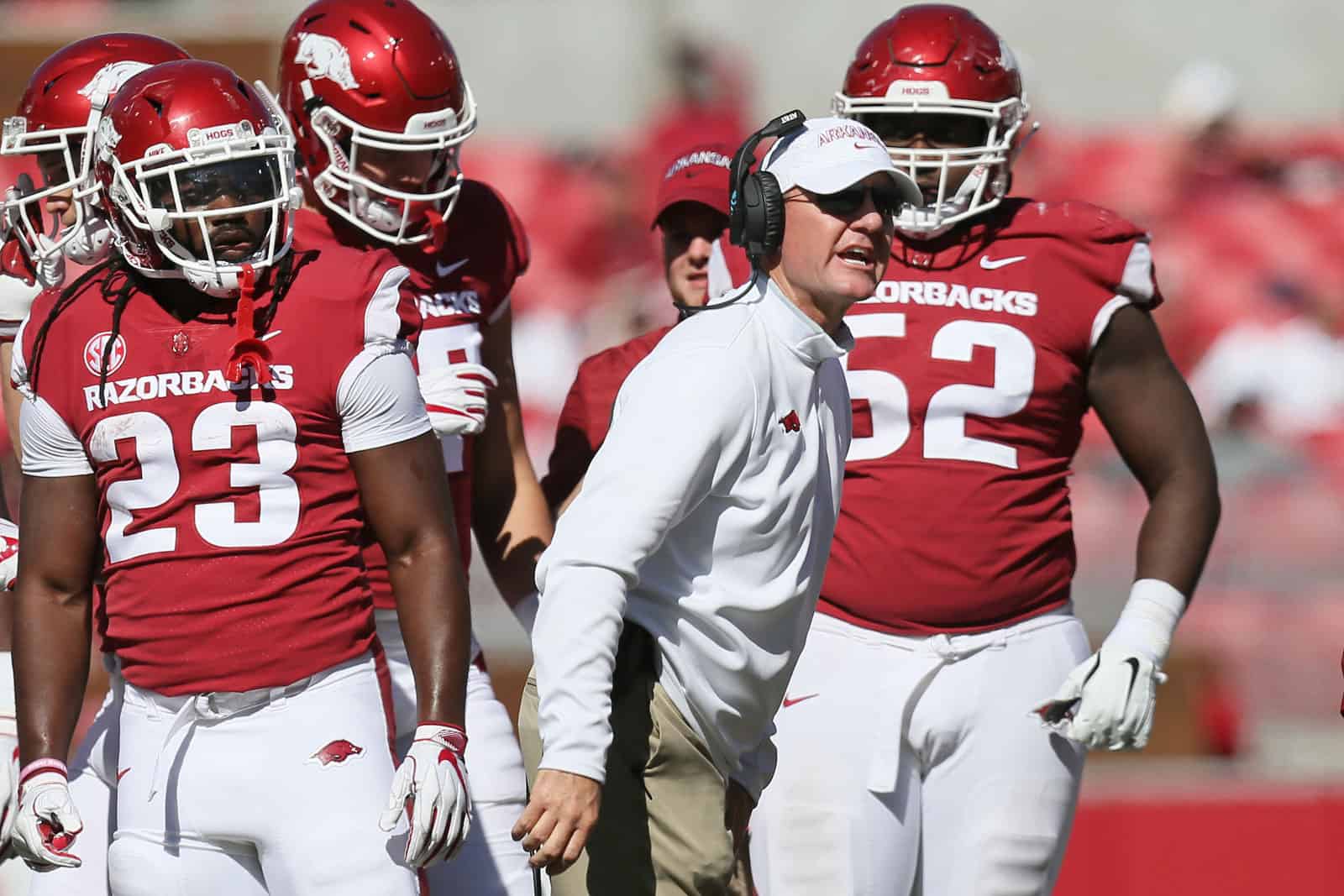 The Arkansas Razorbacks and the BYU Cougars have scheduled a home-and-home football series for 2022 and 2023, both schools announced on Thursday.

In the first game of the series, Arkansas will travel to face BYU at LaVell Edwards Stadium in Provo, Utah on Oct. 15, 2022. The Razorbacks will then host the Cougars at Donald W. Reynolds Razorback Stadium in Fayetteville on Sept. 23, 2023.

The 2022 contest will be the first-ever meeting between the two schools on the gridiron.

BYU is the first scheduled non-conference opponent for Arkansas for both the 2022 and 2023 seasons. The Cougars will count towards the SEC’s strength of schedule mandate, which requires each school to play a minimum of one non-conference game per season against a power opponent.

“I’ve been on the beautiful campus at the University of Arkansas and seen their state-of-the-art athletic facilities,” BYU director of athletics Tom Holmoe said. “It will be a road trip BYU fans will not want to miss. I look forward to the Razorbacks and Cougars battling for the first time when we host Arkansas in Provo in 2022.”

BYU, 4-4 this season, travels to face Boise State this Saturday at 10:15pm ET (ESPN2). Arkansas is off this weekend and returns to action on Saturday, Nov. 10 at home vs. LSU.