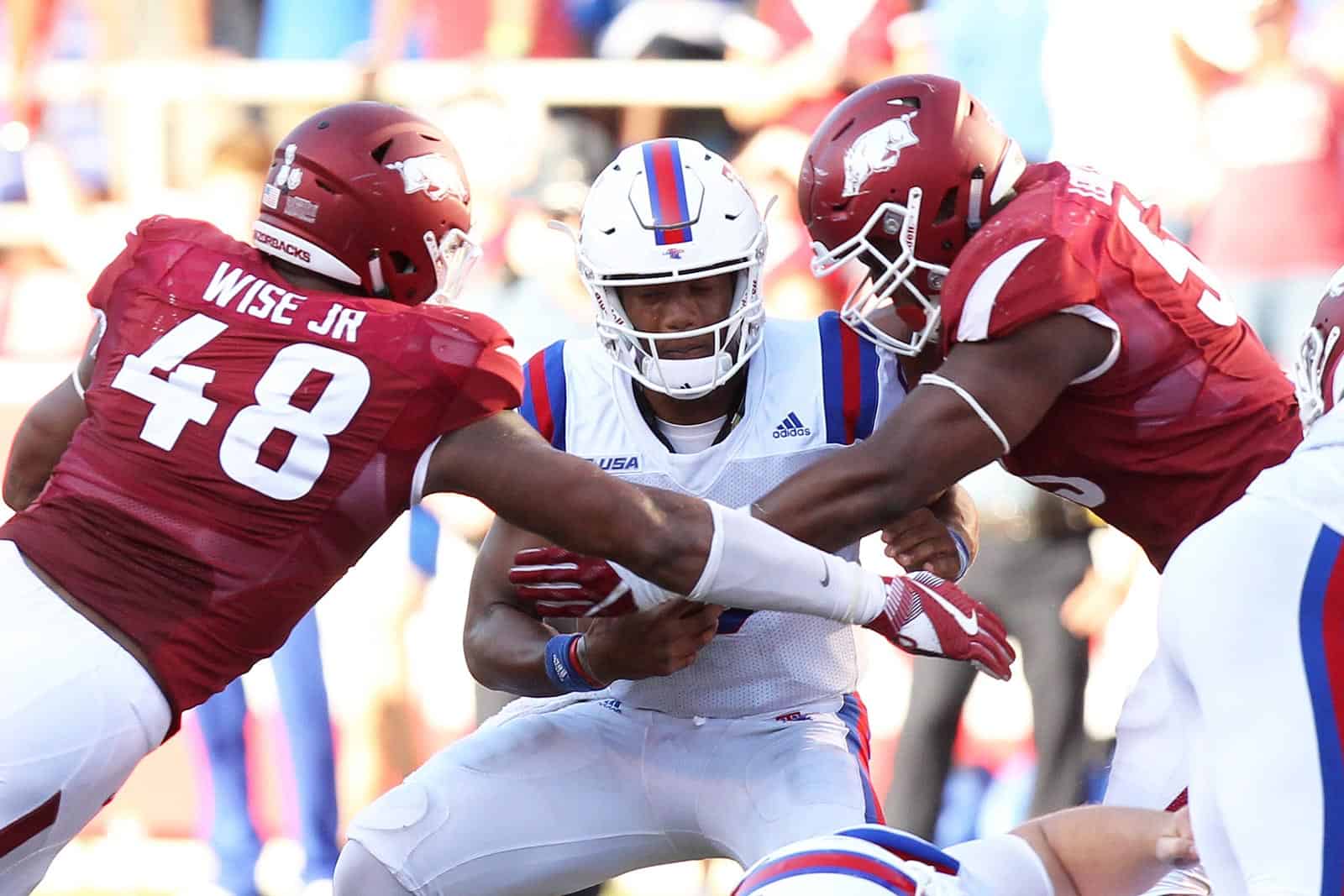 The Arkansas Razorbacks have added the Louisiana Tech Bulldogs to their 2024 football schedule, the school announced on Tuesday.

Arkansas will host Louisiana Tech at Donald W. Reynolds Razorback Stadium in Fayetteville, Ark., on Nov. 23, 2024. The game will mark the fifth meeting between the two schools on the gridiron.

Arkansas and Louisiana Tech first met on the football field on Nov. 23, 1901 in Ruston, La. In their most recent matchup in 2016, the Razorbacks defeated the Bulldogs 21-20 in Fayetteville to extend their overall lead in the series to 4-0.

The addition of Louisiana Tech completes Arkansas’ non-conference football schedule for the 2024 season. Other opponents scheduled for the Razorbacks include Arkansas-Pine Bluff (Aug. 31) and Kent State (Sept. 14) at home and Oklahoma State (Sept. 7) on the road.

In SEC play in 2024, Arkansas is scheduled to host Alabama, Kentucky, LSU, and Ole Miss and play at Auburn, Mississippi State, Missouri, and Texas A&M (in Arlington, Texas).

Arkansas is the third scheduled non-conference opponent for Louisiana Tech in 2024. The Bulldogs also have games scheduled on the road at NC State on Sept. 7 and at home against Tulsa on Sept. 21.

Arkansas is scheduled to open the 2020 season at home against the Nevada Wolf Pack on Saturday, Sept. 5. Louisiana Tech opens their slate the same day on the road against the UNLV Rebels.