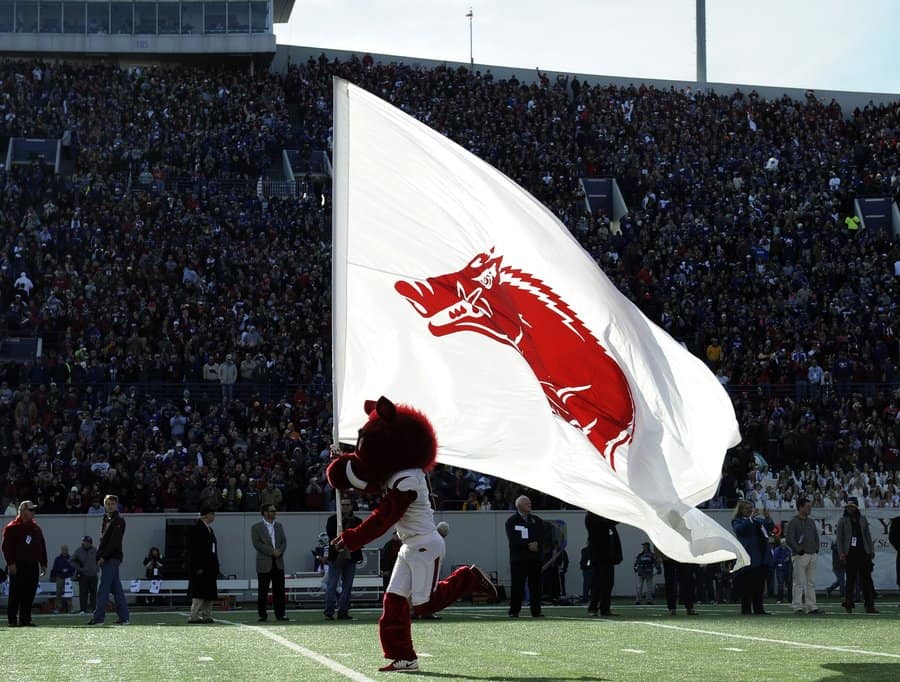 The schools have played five times, but last faced off 12 years ago.  The Razorbacks have defeated the Aggies in all five prior contests.  Former Razorback and Jacksonville Jaguar Matt Jones completed 13-of-16 passes for 195 yards and a score in a 50-point Razorback victory on September 4, 2004.

New Mexico State joins Coastal Carolina and TCU on the Razorbacks’ 2017 slate.  The Aggies will take trips to Arizona State and New Mexico in addition to the trek to the Natural State, while hosting UTEP.

Let me guess, one of War Memorial’s final games, oh boy how exciting.

The very last War Memorial game will almost certainly be Vanderbilt in 2018.

At least it’s an SEC team.

I would imagine one of NMSU’s final games in FBS, too.

NMSU is staying FBS. They have somewhat-locked regular games with rivals UTEP and New Mexico to build their schedule around. This contrasts with Idaho which couldn’t even get a game with Washington State one minute away. As long as SEC West, XII, and MW schools need OOC games, they should be able to fill their schedules. Plus, Las Cruces isn’t an unreasonable trip the way Moscow, Idaho was. For NMSU, they can fly into El Paso and bus up… or if they have a charter, fly right in to a decent airport. Plus, it’s a reasonably warm climate. Sorry, Idaho, you don’t have that.

So I guess Arkansas won’t also be playing Texas A&M on that same date as indicated on the “neutral site” list for 2017?

No, obviously it’s been moved.

Well that would be a good question!

Well, it’s supposed to be played in Arlington thru 2024 at least I believe. Seems like with a pro stadium the dates would need to be worked out in advance to avoid conflicts with the Cowboys. Sorta like UF/UGA in Jax.

They were set in advance. Something has changed, will try to find out.