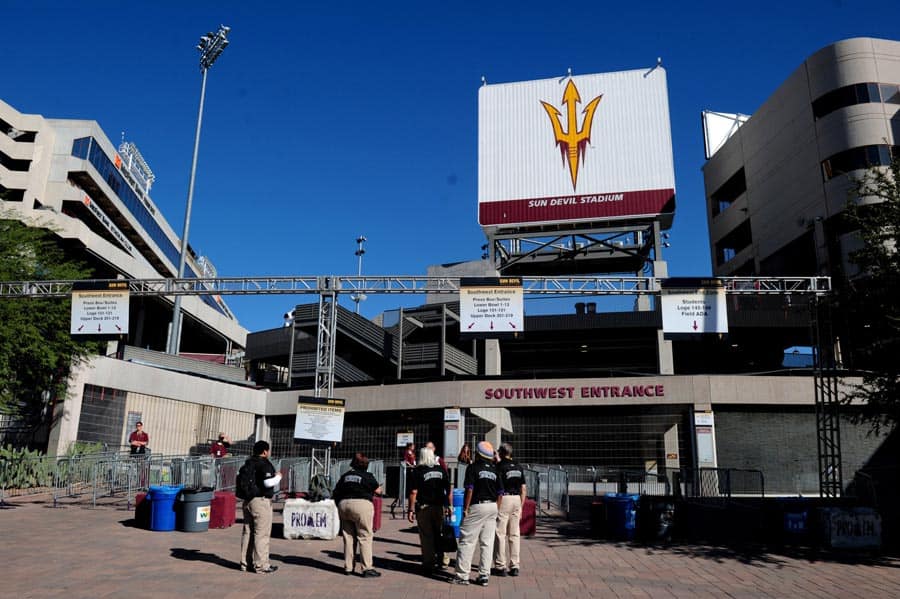 The Bobcats will visit Tempe in 2025. (Matt Kartozian-USA TODAY Sports)

The Arizona State Sun Devils and the Texas State Bobcats have scheduled a home-and-home football series for 2024 and 2025, FBSchedules.com has learned.

A copy of the football game agreement, dated May 20, 2015, was obtained by FBSchedules.com through an open records request to Texas State University.

The series will kick off with Texas State hosting Arizona State at Bobcat Stadium in San Marcos on Sept. 14, 2024. The Bobcats will then travel to face the Sun Devils at Sun Devil Stadium in Tempe on Sept. 13, 2025.

On Tuesday, Arizona State announced the addition of six football games to their future schedules. However, the series with Texas State was not mentioned.

Texas State is the first scheduled non-conference opponent for Arizona State for both the 2024 and 2025 seasons.

How is this not a 2-for-1? You’d think TXST would want the additional monies.