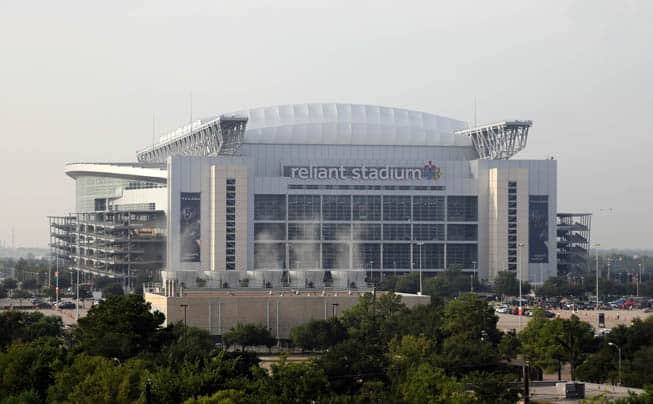 The Arizona State Sun Devils and the Texas A&M Aggies are in talks to play in the 2015 Texas Kickoff Classic in Houston, Jeremy Fowler of CBSSports.com has reported.

The game would be played at Reliant Stadium in Houston, likely on Saturday, Sept. 5.

A source told Fowler that Arizona State has had discussions about the game but didn’t know if they had yet committed to it. Texas A&M has reportedly committed to the neutral-site contest, which is officially dubbed the Texas Kickoff Classic.

Arizona State now has the opportunity to play in the contest due to the postponement of their 2015-16 home-and-home series against LSU. The Sun Devils were supposed to play in Baton Rouge in 2015.

With the LSU games postponed, Arizona State is currently left with games vs. New Mexico and Cal Poly in 2015 and vs. Northern Arizona and at UTSA in 2016. In order to play in Houston in 2015, ASU will need to move the New Mexico game which is currently set as the season opener.

Texas A&M has not announced any non-conference games for the 2015 season.

The Texas Kickoff Classic was created by ESPN in October of 2012. The inaugural 2013 match-up featured Oklahoma State vs. Mississippi State. In 2014, the LSU Tigers will meet the Wisconsin Badgers.