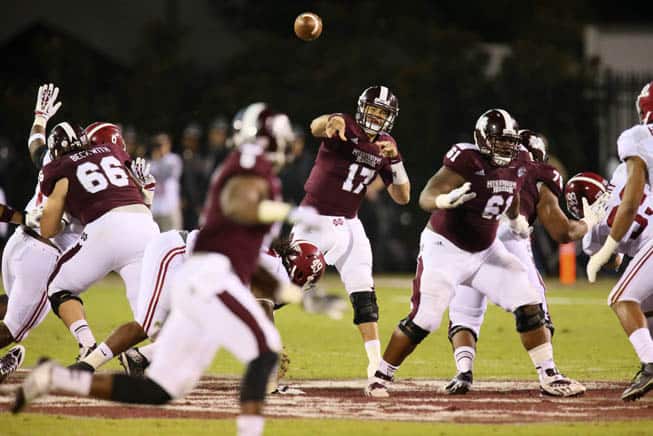 The Arizona Wildcats and the Mississippi State Bulldogs have scheduled a home-and-home football series for 2022 and 2023.

“We’re very excited to announce this series with a Pac-12 program the caliber of Arizona,” said MSU Director of Athletics Scott Stricklin. “It will bolster our non-conference schedule. We haven’t played in that part of the country since 2002, so it gives our fans a chance to see another part of the country while supporting the Bulldogs.”

The two schools have never met on the gridiron, but they do have one thing in common. Greg Byrne, the athletic director at Arizona, previously held the same position at Mississippi State from 2008 through 2010.

“We’re excited to announce this competitive series for our future football schedules,” Arizona Athletics Director Greg Byrne said. “The opportunity to play an SEC opponent will be a great addition to our schedule for our program and our fans.”

To bad we have to wait till 2022 & 23 for this match-up. Hopefully both teams will be stacked and will make it worth the wait, we’ll just have to wait and see.

Since both teams have open dates in just about every year beginning in 2015, and neither team has a P5 OOC game on their schedules until this series….I think this contract was written to be canceled.

Baylor would be proud.

Tully…you hit the nail on the head. WHy not schedule this home-and-home MUCH sooner?