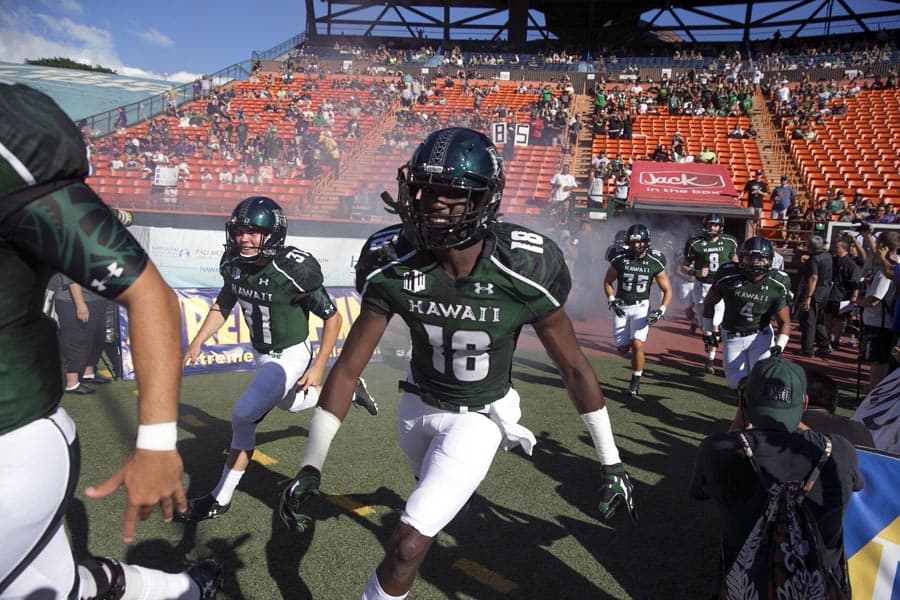 Today the two schools added two more games to the series, making it a total of four future games scheduled.

Arizona will host Hawaii at Arizona Stadium in Tucson on Sept. 17, 2016 to kick off the series. The Wildcats will then travel to face Hawaii at Aloha Stadium in Honolulu on Aug. 30, 2025 to complete the four-game set.

The two schools haven’t played since a 1998 contest in Honolulu. Arizona leads the overall series 4-0.

Arizona also confirmed today a home-and-home football series with the Texas Tech Red Raiders. Arizona will host Texas Tech in 2019 and will travel to Lubbock in 2020.