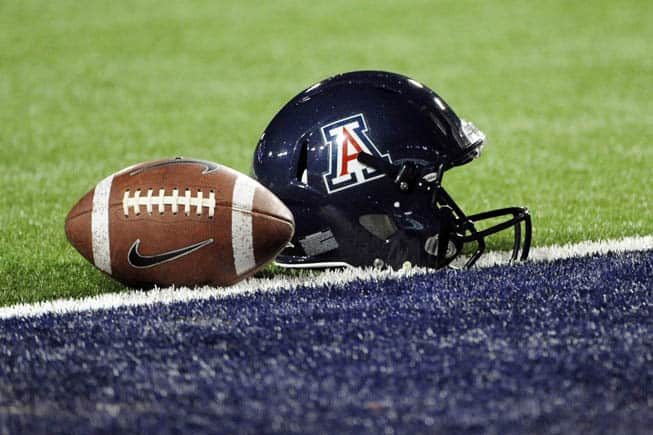 The Arizona Wildcats have made two changes to their 2014 football schedule, head coach Rich Rodriguez and the athletics department announced today.

Arizona’s 2014 season and home-opener vs. UNLV has been moved up to Friday, Aug. 29 from Saturday, Aug. 30. The game will kickoff at either 10 or 10:15pm ET with television coverage to be announced.

The Wildcats’ second game of the season has also been moved up. Originally slated for Saturday, Sept. 6, Arizona will now play at UTSA on Thursday, Sept. 4. Kickoff is set for 8pm ET with TV coverage TBA.

“We’re excited to add two weekday games to our schedule,” head coach Rich Rodriguez said. “Being so early in the college football season, there will be a lot of excitement surrounding these games.”

Arizona also plays two other non-Saturday games in 2014, at Oregon on Thursday, Oct. 2 and at home vs. Arizona State in the Territorial Cup on Friday, Nov. 28.

That Arizona @ Oregon game is Thursday, OCTOBER 2, not Sept. 2

What is the story? Not a single BCS non league game scheduled. Hard to get excited about.