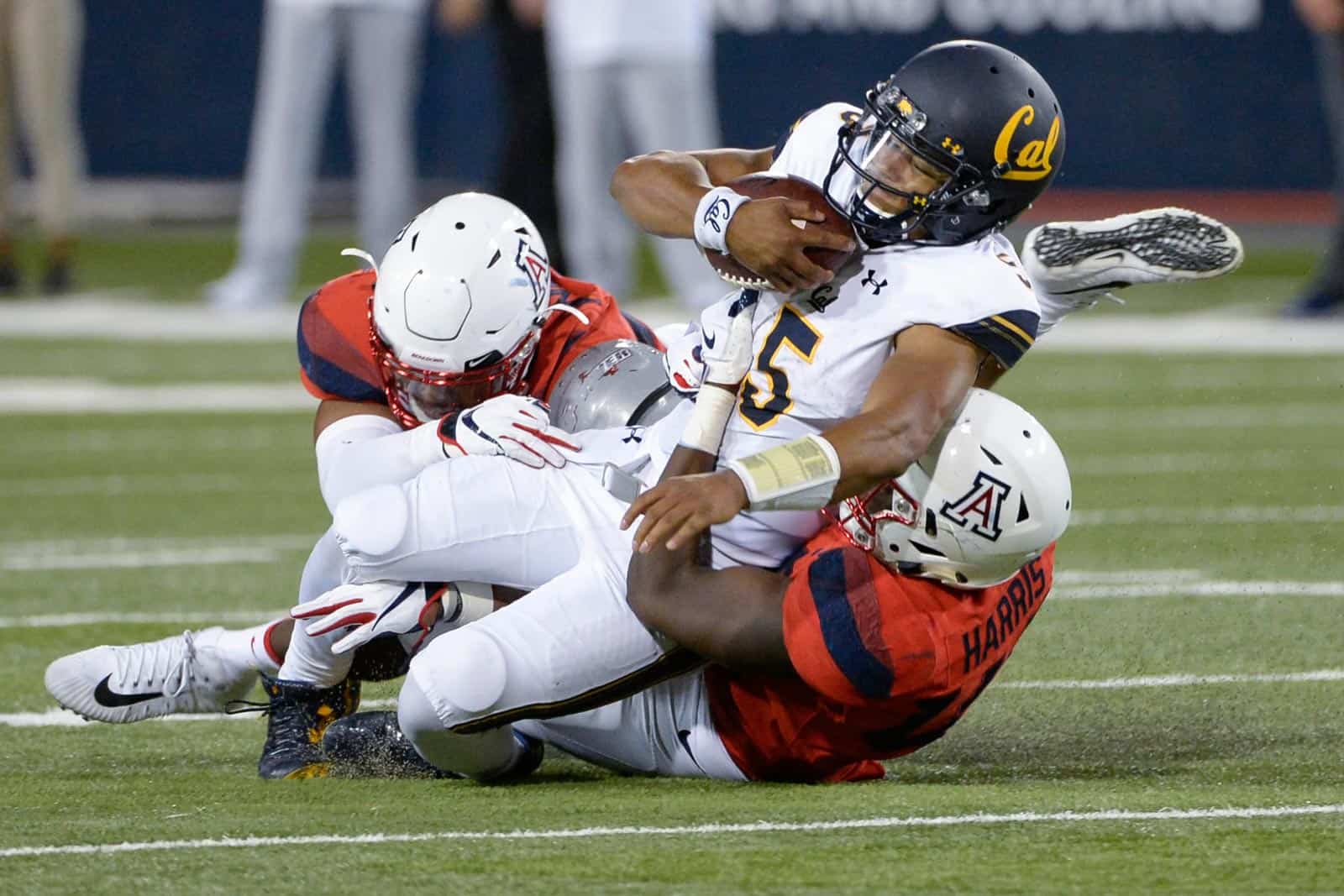 The Arizona Wildcats at California Golden Bears football game has been canceled, the Pac-12 announced on Sunday.

The two schools were scheduled to meet at California Memorial Stadium in Berkeley, Calif., on Saturday, Dec. 19. The game was canceled due to “…both Arizona and Cal not having the minimum number of scholarship student-athletes available for the game.”

The Arizona-Cal game will not be rescheduled and has been declared a no contest.

“Our heart goes out to all the student-athletes who put in so much preparation and time to play the game they love,” California head football coach Justin Wilcox said. “We are disappointed that we are not able to host Arizona, but I am proud of our team and what we have been able to accomplish under difficult and unprecedented circumstances this season. Providing a safe environment has been at the top of our priority list throughout the season, and I’d like to thank everyone who helped us put together a plan to practice and play within health guidelines. I’d also like to recognize our seniors for their hard work, dedication and leadership throughout their Cal careers. They truly are a special group of student-athletes who have helped build our program. We have a bright future ahead of us, and we are looking forward to preparing for 2021.”

California finishes the 2020 season 1-3 with three of their seven games canceled due to COVID-19. The Golden Bears are currently scheduled to open the 2021 season at home on Saturday, Sept. 4 against the Nevada Wolf Pack.

The Arizona Wildcats finished the season winless at 0-5. On Saturday, the school announced that head coach Kevin Sumlin had been fired.

“When we hired Kevin three years ago, we had very high hopes for our football program,” Arizona Vice President and Director of Athletics Dave Heeke said. “Unfortunately, we simply have not seen the results and upward trajectory in our program that we needed to, and I believe now is the time for a change in leadership. I thank Kevin for his service to the University of Arizona and wish him the very best in the future.

Our attention now turns to finding the next head coach at the University of Arizona, while we continue to support our student-athletes, who have sacrificed so much since returning to campus this summer. We will cast a wide net to identify and recruit a coach who shares our vision, our values and our passion for winning.”

Arizona is slated to open the 2021 season against the BYU Cougars at Allegiant Stadium in Las Vegas, Nevada, on Thursday, Sept. 2.