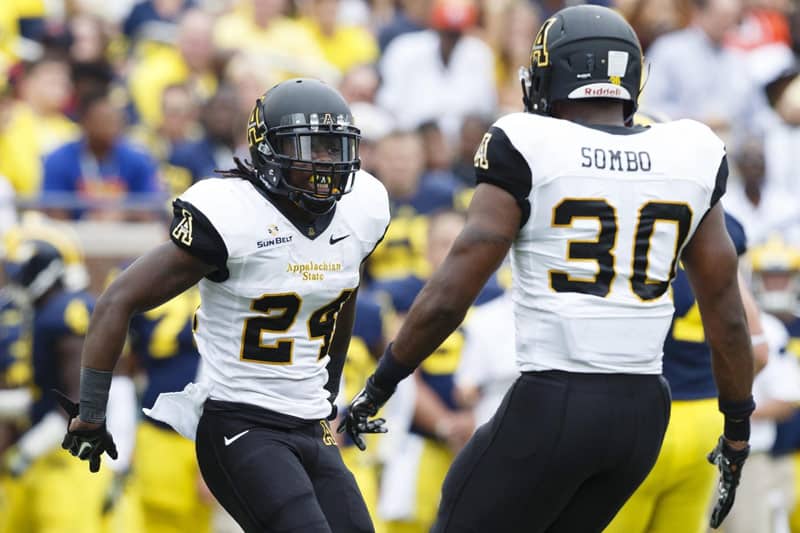 The Appalachian State Mountaineers and the Wake Forest Demon Deacons have scheduled a home-and-home football series for 2017 and 2020, both schools announced today.

Appalachian State will host Wake Forest on Sept. 23, 2017 at Kidd Brewer Stadium in Boone, NC. The Mountaineers will then travel to face the Demon Deacons at BB&T Field in Winston-Salem, NC on Sept. 12, 2020.

“When our University made the decision to pursue membership in an FBS conference, this is one of the things that we envisioned — to be able to bring an opponent from one of college football’s most prestigious conferences to The Rock,” Appalachian State interim director of athletics Rick Beasley said. “To see it come to fruition is a dream come true and for it be against a longtime local rival like Wake Forest is icing on the cake.”

Appalachian State and Wake Forest first met in 1975 in Winston-Salem. Wake leads the overall series 14-7-1 and won the last meeting in 2001.

The addition of Wake Forest completes the 2017 non-conference schedule for Appalachian State. The Mountaineers are also scheduled to host Akron (Sept. 16) and UMass (Oct. 28) and travel to Georgia on a date to be announced.

The 2020 game is the first announced non-conference game for Appalachian State.

Wake Forest now has three games slated for both the 2017 and 2020 seasons. In 2020, the Demon Deacons are scheduled to visit Notre Dame (Nov. 4) and host Utah State (date TBA), while in 2020 they are slated to host both Notre Dame and Tulane (dates TBA).

This App State graduate loves it!

“In 2020, the Demon Deacons are scheduled to visit Notre Dame (Nov. 4) and host Utah State (date TBA), while in 2020 they are slated to host both Notre Dame and Tulane (dates TBA).”

well done Wake and App St, its an easy drive from Winston, very good of the Deacons to make the trip up to the high country, it means a lot to App St fans to host such a great program in Boone