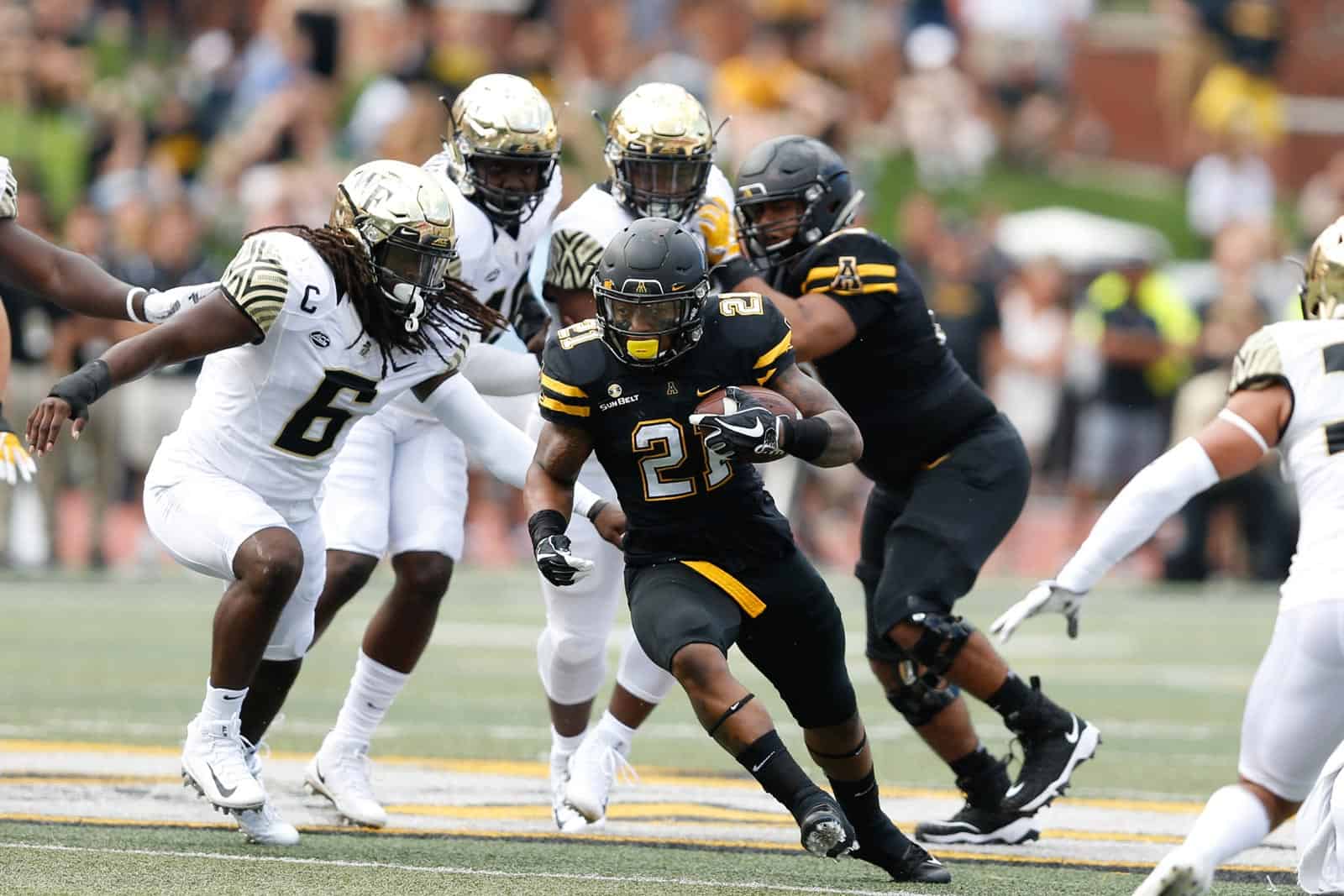 The Appalachian State Mountaineers at Wake Forest Demon Deacons football game in 2020 has been postponed to a future season, it was officially announced on Wednesday.

“COVID-19 continues to change many of our plans,” App State Director of Athletics Doug Gillin said. “We are disappointed that this game will not be played in 2020, but we look forward to scheduling future games in the series within this decade. App State-Wake Forest is good for college football, good for our state and good for both fan bases. We are actively pursuing new opponents for all of this year’s nonconference games that have been altered to date.”

The two schools, separated by only about 86 miles, also agreed to schedule two additional matchups with one in Boone and one in Winston-Salem. Dates for those contests will be agreed to later, and Wake Forest’s release stated that it’s anticipated that the three games “…can all be played this decade.”

Appalachian State has also had non-conference contests against Morgan State and Wisconsin dropped from their schedule due to decisions by their respective conferences. A lone non-conference game at home against UMass on Sept. 26 is all that remains for the Mountaineers at this point.

“Wake Forest and Appalachian State playing is good for college football in general, but especially in the state of North Carolina,” said Wake Forest athletics director John Currie. “It would be a shame not to have the normal packed and electric atmosphere this game always provides. Given the uncertainty of the moment, the right decision is to go ahead and plan to play in a near-term future year when we can offer fans of both institutions the opportunity to be in Truist Field and enjoy continuing a great tradition.”

Wake Forest’s other non-conference games in 2020 were slated to be at Old Dominion and home against Villanova and Notre Dame. The Notre Dame contest became a conference game while the other two matchups have been canceled.

The ACC is set to release their revised 2020 football schedule on Thursday at 9am ET. Wake Forest’s release today indicated that their one non-conference game “…will be announced at a later date.”

Glad they are playing more times in the future.

Thank you for sharing.