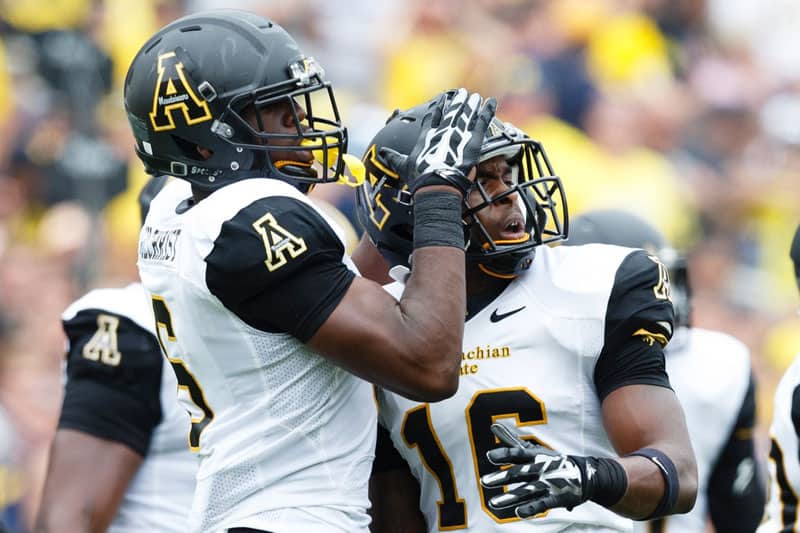 The Appalachian State Mountaineers will play at Tennessee in 2016 and at Georgia in 2017, the school announced on Thursday.

Appalachian State will open the 2016 season against the Tennessee Volunteers at Neyland Stadium in Knoxville on Sept. 3. The game will be the first ever meeting between the two schools.

On a date to be announced in the 2017 season, Appalachian State will make their second trip to Sanford Stadium in Athens to take on the Georgia Bulldogs. In their first meeting in 2013, Georgia defeated Appalachian State 45-6.

The Mountaineers now have three non-conference games scheduled in 2016 and two in 2017. After opening at Tennessee in 2016, the Mountaineers host Old Dominion on Sept. 10 and then travel to face Akron on Sept. 24.

Appalachian State’s only other game scheduled for 2017 is the second half of a home-and-home series with Akron. The game is currently set for Sept. 16 at Kidd Brewer Stadium in Boone.

For Tennessee, the game vs. Appalachian State precedes their Sept. 10, 2016 matchup with Virginia Tech at Bristol Motor Speedway. The Volunteers later host Ohio and Tennessee Tech in Knoxville.

The addition of Appalachian State gives Georgia three non-conference games in 2017. The Bulldogs are also set to travel to Notre Dame on Sept. 9 and to Georgia Tech on Nov. 25.