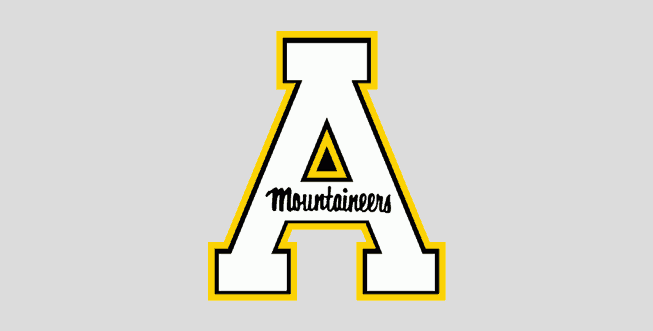 The Appalachian State Mountaineers have finalized their 2015 non-conference football schedule with the addition of games against Clemson and Howard, the school announced this morning.

Appalachian State will open the 2015 season hosting the Howard Bison at Kidd Brewer Stadium in Boone, NC on Sept. 5. The game will be the first meeting between the two schools.

The Mountaineers will then travel to face the Clemson Tigers of the ACC on Sept. 12. Appalachian State last played at Clemson in 1997 and trails in the overall series 0-4.

On Sept. 19, Appalachian State welcomes the Southern Miss Golden Eagles. The game is the second in a home-and-home series that begins in Hattiesburg in 2014.

The final 2015 non-conference game for the Mountaineers is a trip to Norfolk, VA to face the Old Dominion Monarchs on Sept. 26. The Monarchs return the trip to Boone in 2016.

“We’re thrilled to finalize what is arguably the most fan-friendly non-conference football schedule that we’ve ever had at Appalachian State,” director of athletics Charlie Cobb said. “The 2015 schedule includes opening the season at home for the first time in 14 years, hosting a non-conference FBS team for the first time ever and nearby road games at terrific college-football venues like Clemson and Old Dominion. Combined what will be a very attractive Sun Belt Conference slate, we think that the 2015 schedule will electrify the App Nation.”

In Sun Belt play, Appalachian State is tentatively set to host Arkansas State, Georgia Southern, Troy, and UL Lafayette and travel to Georgia State, Idaho, South Alabama, and ULM. Those opponents could change if the conference adds a 12th member for the 2015 season.

So the State of N. Carolina has seven going on eight FBS programs within the state?!
That is totally ridiculous!