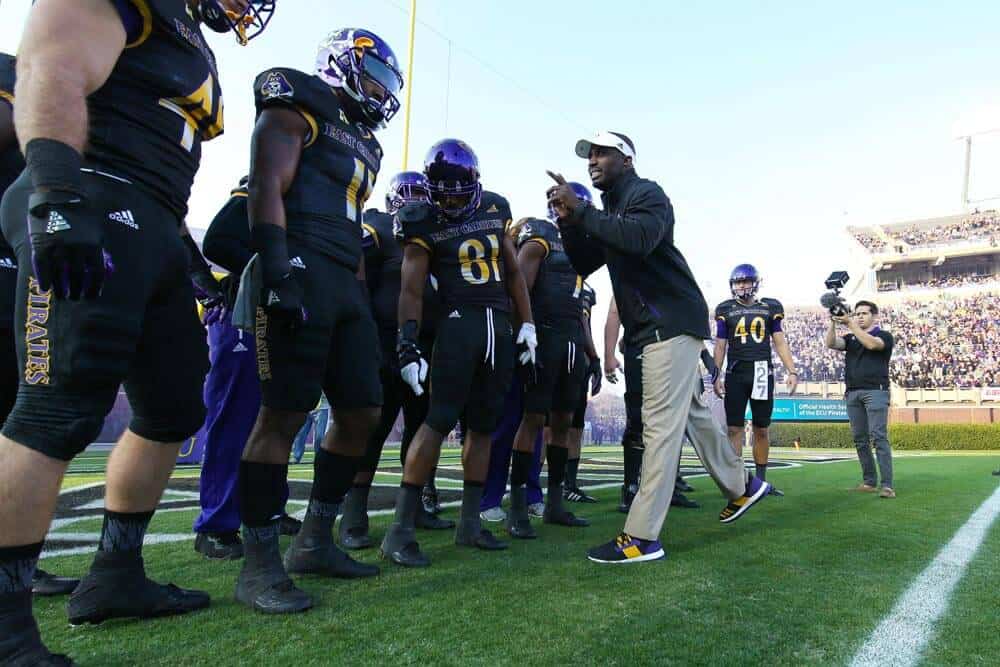 The Appalachian State Mountaineers and the East Carolina Pirates have scheduled a four-game football series, the two schools announced on Tuesday.

In the first game of the series, Appalachian State will host East Carolina at Bank of America Stadium in Charlotte on Sept. 4, 2021.

The game in Charlotte will mark only the third time that Appalachian State and East Carolina gave met at a neutral site. The two schools previously faced off in Morganton in 1939 and Hickory in 1961.

The remaining three games of the series will each be played on campus. ECU will host App State at Dowdy-Ficklen Stadium in Greenville on Sept. 14, 2024 and Sept. 5, 2026 and will travel to face App State at Kidd Brewer Stadium in Boone on Sept. 6, 2025.

“Both football programs have a rich history of success and outstanding fan support,” ECU Director of Athletics Jeff Compher said. “I am especially excited for our future football student-athletes who will have an opportunity to play in such an exceptional NFL venue as Bank of America Stadium. We are grateful to Doug Gillen and our colleagues at Appalachian for working together in creating this four-game series.”

East Carolina and Appalachian State have met 31 times on the gridiron, but the two schools have only played twice since 1979. The Pirates have won six straight over the Mountaineers, but App State still leads the overall series 19-12.

“On behalf of Appalachian State University, I would like to thank Will Webb, the Charlotte Sports Foundation, Jeff Compher and East Carolina University, the Carolina Panthers, and Bank of America Stadium for the opportunity to host a home game in downtown Charlotte,” App State Director of Athletics Doug Gillin said Tuesday. “The chance for App State to host a home game in an NFL Stadium, in Charlotte where our largest alumni base is and against a program like East Carolina is a great opportunity for our students-athletes, alumni, and fans.”