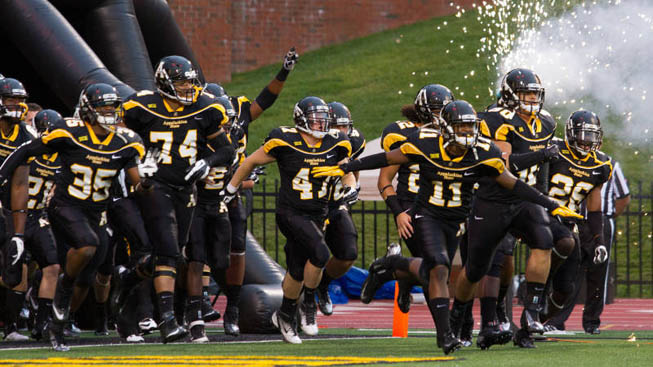 The Appalachian State Mountaineers have added the Campbell Fighting Camels to their 2014 football schedule, ASU has announced.

Appalachian State will host Campbell at Kidd Brewer Stadium in Boone, NC on Sept. 6, 2014. The game will be only the second ever meeting between the two schools, with the first coming way back in 1931.

Campbell is a member of the Pioneer Football League in the Football Championship Subdivision.

The Mountaineers are joining the Sun Belt Conference on July 1, 2014. They will be eligible to compete for the Sun Belt Championship in 2014 and can accept bowl invitations after the 2015 regular-season.

ASU now has two games set on their 2014 football schedule. They open the season at the Big House against Michigan on Aug. 30, which will also be their first game as an FBS school.

Appalachian State also announced that they have canceled a home-and-home series against McNeese State. The two schools were scheduled to meet in Lake Charles, LA in 2014 and Boone, NC in 2015.

There will be no penalty for the cancellation of this series because the contract stated that either school could cancel if they moved up to the FBS from the FCS.