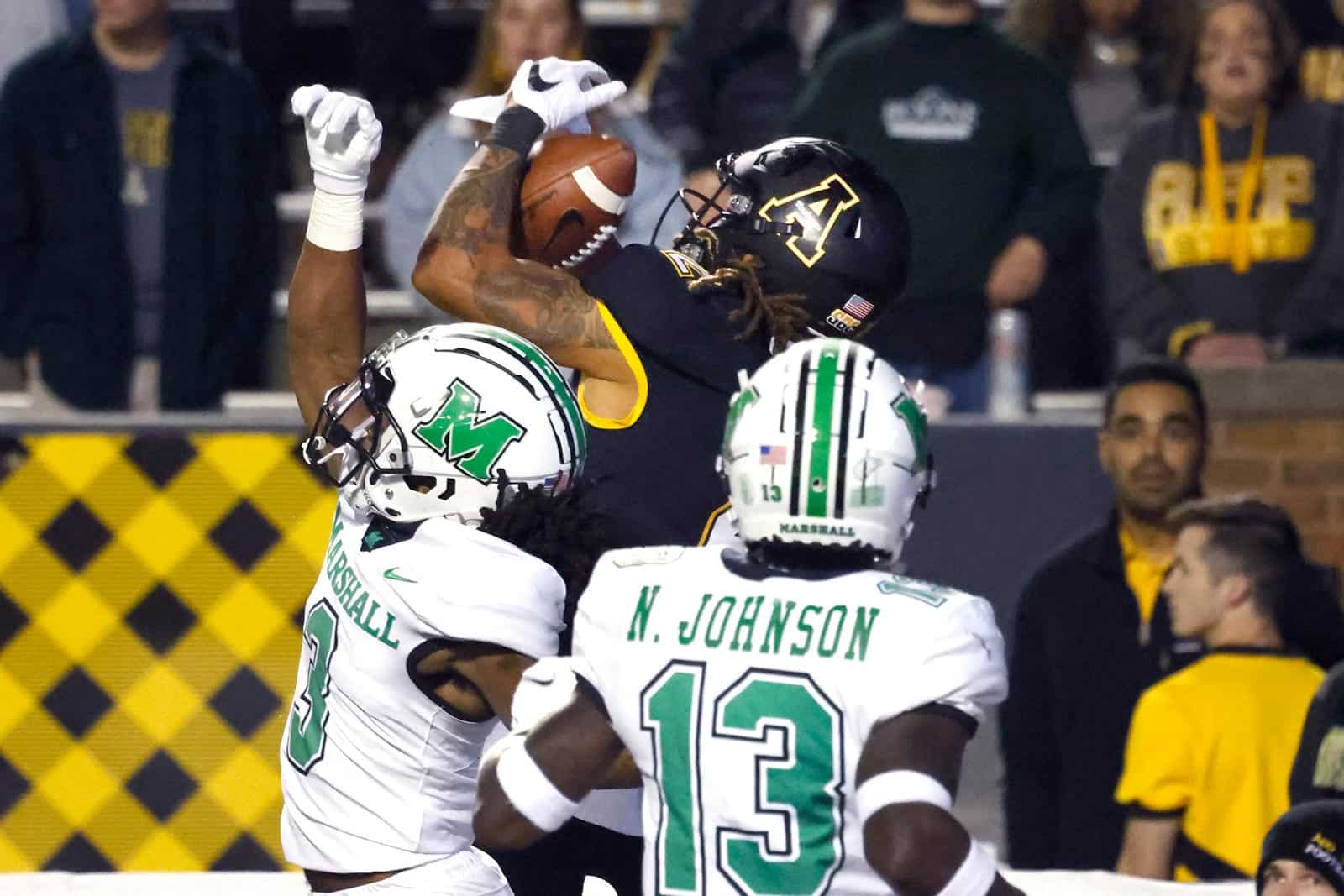 The Appalachian State Mountaineers and the Marshall Thundering Herd have each added Football Championship Subdivision (FCS) opponents to their 2022 football schedules, both schools announced on Tuesday.

Appalachian State and Marshall were scheduled to play the second game of a home-and-home series this season on Sept. 17 at Joan C. Edwards Stadium in Huntington, W.Va. However, with Marshall moving from Conference USA to the Sun Belt Conference, the matchup is now a Sun Belt contest instead of a non-conference game.

The two schools will still meet this season in Huntington, but the date of the game was changed to Saturday, Nov. 12.

As a result of that change, both App State and Marshall needed a fourth non-conference opponent. With nearly all schedules set for the 2022 season, both schools had to add FCS opponents, giving them both two each next season.

Appalachian State added a home tilt with the Robert Morris Colonials of the Big South Conference on Saturday, Oct. 29, 2022 at Kidd Brewer Stadium in Boone, N.C. The Mountaineers are also scheduled to host The Citadel Bulldogs on Oct. 1, 2022.

Marshall, already slated to host Norfolk State to open the season on Saturday, Sept. 3, will also welcome the Gardner-Webb Runnin’ Bulldogs to Huntington on Oct. 1, 2022. Gardner-Webb also plays in the Big South Conference.

Football Bowl Subdivision (FBS) teams are allowed to count one win over FCS opponents towards bowl eligibility. It’s not currently known if App State and Marshall have or will receive an exemption due to the effects of conference realignment.