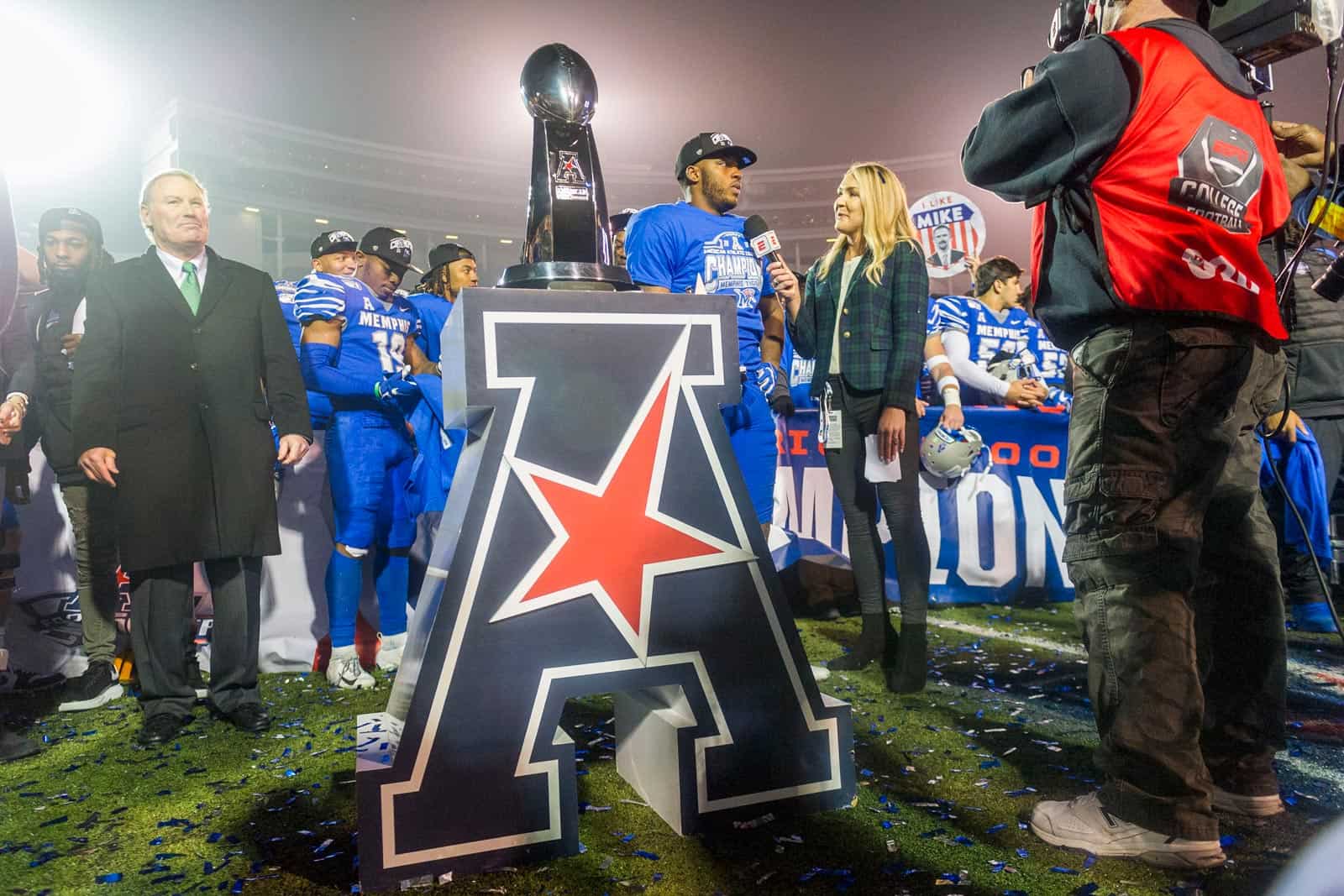 The American Athletic Conference Football Championship Game has been set for Saturday, Dec. 19, the conference announced on Monday.

The game was previously announced as Saturday Dec. 5, 12, or 19. Due to novel coronavirus 2019 (COVID-19) issues, two regular-season games were rescheduled for the weekend of Dec. 5: Houston at Memphis and Cincinnati at Tulsa.

Additionally, the 2020 Army-Navy Game is scheduled for Saturday, Dec. 12. Although with Navy sitting at 3-2 in conference play, several teams higher in the standings would have to lose multiple games.

The 2020 American Athletic Conference Football Championship Game will be played at the home stadium of the team with the highest winning percentage in conference games. A kickoff time for the contest will be announced no later than Dec. 7, and the game will be televised by either ABC or ESPN.

The Cincinnati Bearcats and Tulsa Golden Hurricane are currently the top contenders to play in the championship game. Both teams are currently undefeated in American Athletic action at 3-0.

Close behind the two leaders are the SMU Mustangs at 3-1 and the Houston Cougars at 2-1 in conference play. Three teams follow with two-loss conference records: UCF (3-2), Navy (3-2), and Memphis (2-2).

The Memphis Tigers won the 2019 American Athletic Conference Football Championship Game over Cincinnati, 29-24. Houston won the inaugural contest in 2015, followed by Temple in 2016 and UCF in both 2017 and 2018.