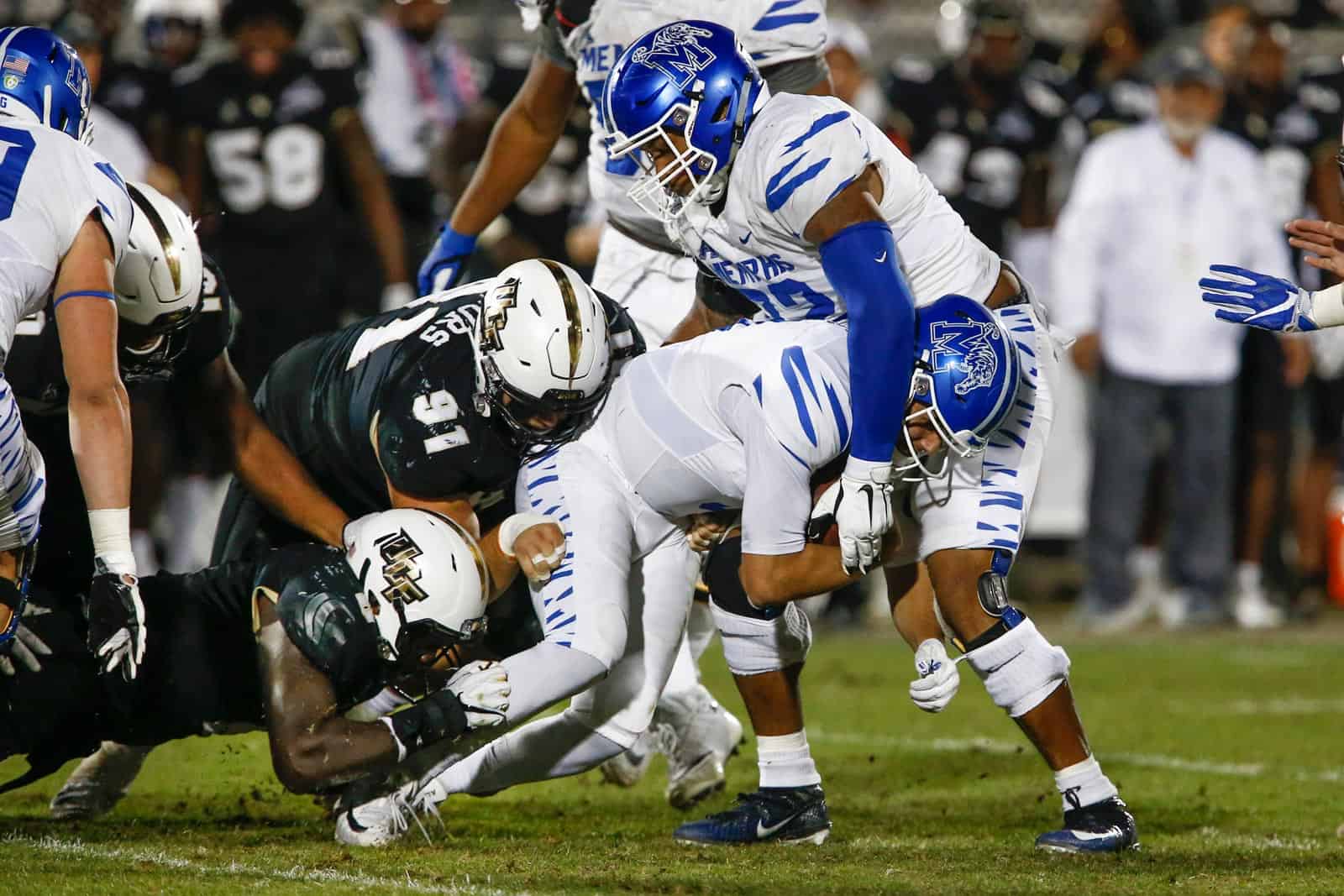 The American Athletic Conference has announced their bowl lineup for the 2020 through 2025 season, which includes seven guaranteed bowls each season.

The American will send a member on an annual basis to the Military Bowl in Annapolis, Maryland, and the new Boston Bowl at Fenway Park in Boston, Massachusetts, to face teams from the ACC.

In alternating years, conference members will also play in the Armed Forces Bowl in Fort Worth, Texas, against a team from the Big 12 and in the SoFi Hawaii Bowl in Honolulu, Hawaii, against a Mountain West opponent.

For the remaining bowl slots, the American will send a team to four bowls out of the following eight each season: Birmingham, Gasparilla, First Responder, Boca Raton, Frisco, Cure, Myrtle Beach, and New Mexico.

The American will continue to send its champion to a New Year’s Six Bowl if they are ranked higher than the champions of four other conferences in the final College Football Playoff rankings.

Below is the complete American bowl lineup from 2020 through the 2025 season:

“We are extremely pleased with our new bowl lineup,” said Commissioner Mike Aresco. “Our teams will continue to have postseason opportunities against other Power 6 opponents, including from the ACC, SEC and Big 12, which was a priority for us. Additionally, we will be playing bowl games in desirable destinations that are easily accessible to our schools and their fans. This lineup provides more revenue than the previous bowl cycle and I am especially proud to partner with bowls that are deeply rooted in their communities and whose mission goes beyond the game of football.”

So besides the two annual ACC opponents are there set conference matchups for the other bowls?

That info is hard to come by since only five conferences have announced their new lineup. I added the matchups that are known but some are based on the current slate.