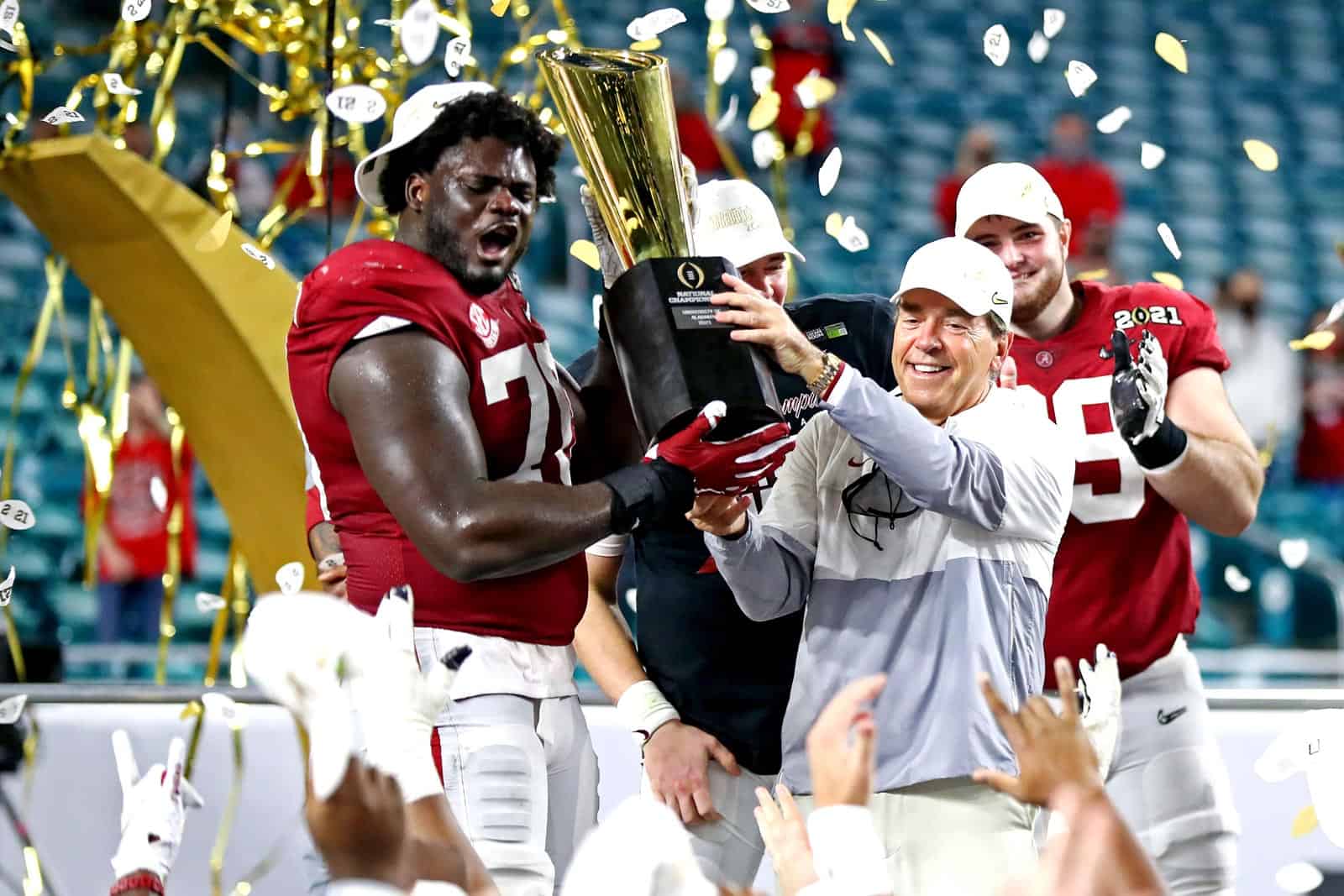 The Alabama Crimson Tide defeated the Ohio State Buckeyes 52-24 to win the College Football Playoff National Championship for the 2020 season.

Alabama finished 13-0 overall in a tumultuous season that was affected by the novel coronavirus 2019 (COVID-19) pandemic.

“To me this is the ultimate team,” Alabama head coach Nick Saban said. “There is more togetherness on this team than on almost any team we’ve ever had. They’ve had to overcome and to persevere so much through this season, and they have done it magnificently.”

The Crimson Tide have now won three College Football Playoff National Championships and are 3-2 overall in the contest. Alabama last won the championship following the 2017 season, 26-23 over the Georgia Bulldogs in overtime in Atlanta, Ga.

Alabama opened the game with a three-and-out on defense to force an Ohio State punt. The Crimson Tide then scored on their first possession with a Najee Harris one-yard touchdown run.

Ohio State (7-1) would even the score at seven apiece, but a Mac Jones to DeVonta Smith five-yard touchdown pass on the ensuing possession put the Tide back up 14-7. Following a Mac Jones fumble, Ohio State’s Master Teague III answered to tie the game again at 14.

Five plays later, Mac Jones connected with Najee Harris for a 26-yard touchdown pass to put the Crimson Tide up by a score of 21-14. Alabama never trailed after that score.

Crimson Tide quarterback Mac Jones finished the game 36-of-45 for 464 yards and five touchdowns. DeVonta Smith, who left the game after injuring his right hand, caught 12 passes for 215 yards and three touchdowns.

Alabama’s Najee Harris led all rushers with 22 carries for 79 yards and two touchdowns.

According to Brett McMurphy of Stadium, Ohio State and Alabama enter the 2021 season ranked number one and number two in the country, respectively.

Looky there, the great Ohio State did no better than A&M, the team they claimed they deserved to be in over.