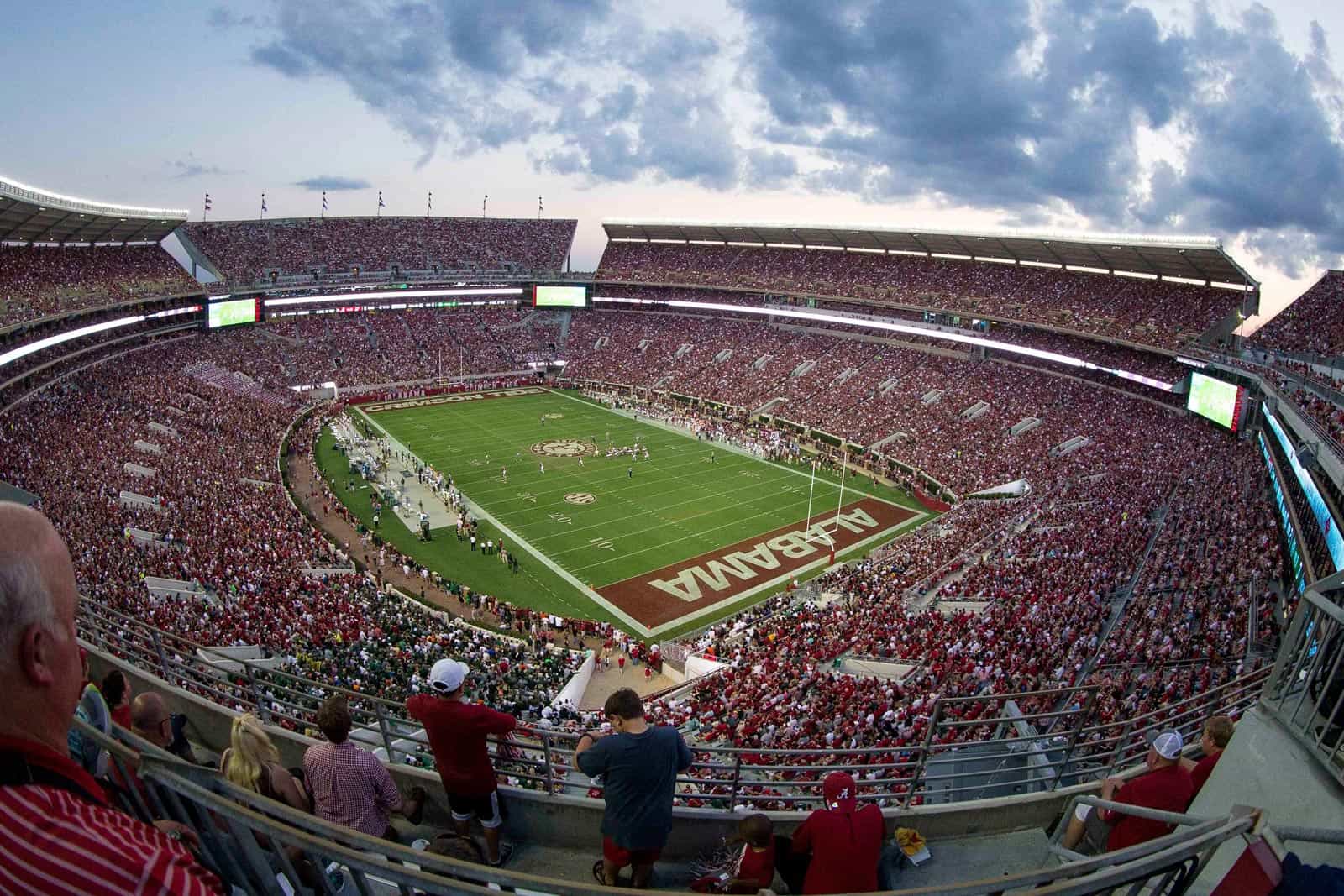 The Alabama Crimson Tide and the USF Bulls have scheduled a three-game football series, both schools announced on Thursday.

The series will begin with Alabama traveling to face USF at Raymond James Stadium in Tampa, Florida, on Sept. 16, 2023. Alabama will host USF the following season at Bryant-Denny Stadium in Tuscaloosa on Sept. 7, 2024, and then again two seasons later on Sept. 12, 2026.

“Our future non-conference schedules are really rounding out quite nicely with the addition of series such as this one with USF,” said Alabama Director of Athletics Greg Byrne. “We look forward to the early-season road test against a quality opponent in an NFL stadium in 2023 and will welcome them to Tuscaloosa for a pair of home games in 2024 and 2026.”

Alabama and USF’s first and only meeting on the gridiron was on Aug. 30, 2003 in Birmingham, Alabama. The Crimson Tide won that contest 40-17.

“We are very excited to open the Alabama series in Tampa in 2023 and to add one of the most successful brands in American sports to a very exciting list of future opponents that will give our student-athletes and coaches a great opportunity to compete against the best programs in the nation,” USF Vice President of Athletics Michael Kelly said. “We now have 15 games scheduled vs. SEC and ACC opponents in the next 10 years and I think our fans are really excited to see those teams come to Tampa as well as the opportunity to travel and cheer on the Bulls in those destinations. It’s going to be a lot of fun to be a USF fan.”

The addition of USF tentatively completes Alabama’s non-conference schedule for the 2023 season. The Crimson Tide are also scheduled to host Central Michigan on Sept. 2, Texas on Sept. 9, and Western Kentucky (date TBA; was previously Sept. 16).

USF is the first non-conference opponent for Alabama in 2024 and second for 2026. The Tide’s other contest in 2026 is a road game at West Virginia on Sept. 5.

The Bulls now have two non-conference games announced for the 2023 season. USF is scheduled to open the season at Western Kentucky on Sept. 2.

USF’s 2024 non-conference slate is now tentatively complete with the addition of Alabama. The Bulls are set to host Western Kentucky on Aug. 31, NC State on Sept. 14, and Louisville on Sept. 21 that season.

Alabama is the third scheduled non-conference opponent for USF in 2026. The Bulls are set to host Florida Atlantic on Sept 5 and play at Louisville on Sept. 19.

This USF alum loves this news! Thank goodness we won’t have to go to Birmingham this time.

It is nice the Bama is coming to Tampa, plus they are starting to add stronger games, just like I said in the past.
The stadium will be rock’in!

Pretty rare for a Power 5 team to play at a non-power 5 team.

I don’t have the numbers, but it would be interesting to see how often this happens. Probably not more than a couple of times a year, I’d guess.