Alabama, USC to meet in 2020 AdvoCare Classic in Arlington 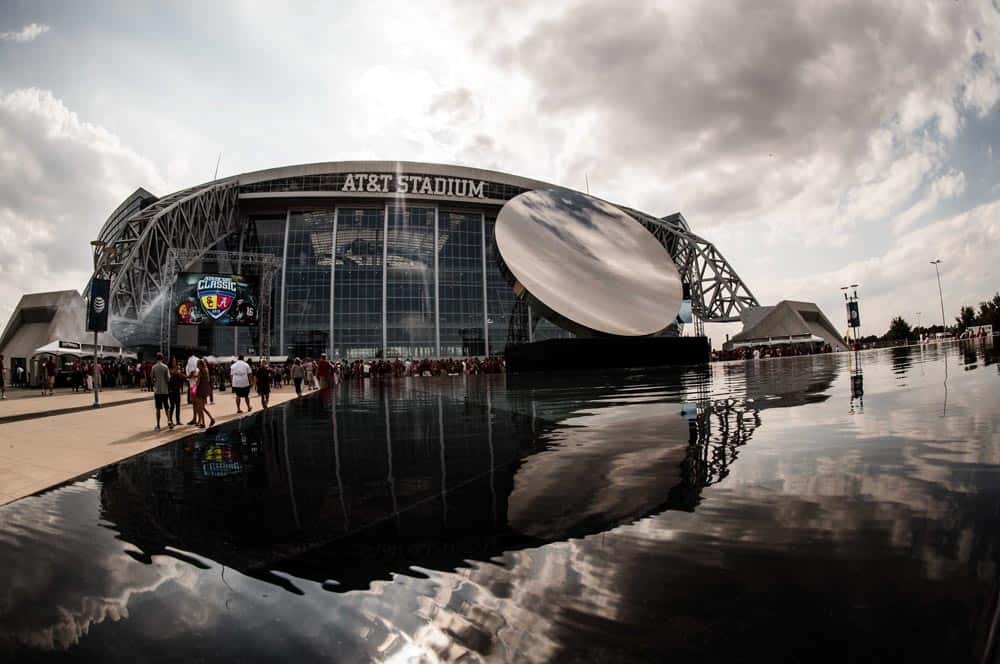 The Alabama Crimson Tide and the USC Trojans will meet in the 2020 AdvoCare Classic, both schools have officially announced.

Alabama and USC previously met at AT&T Stadium to kick off the 2016 season, although the contest was dubbed the Cowboys Classic at the time. The Crimson Tide rolled over the Trojans 52-6 in that game to extend their overall lead in the series to 6-2.

Prior to that game, Alabama and USC hadn’t met in the regular season since a 1978 contest in Birmingham.

“We believe the AdvoCare Classic is one of the most prestigious kickoff games in college football and we are excited to continue to build on the great history with this matchup,” said Stephen Jones, Chief Operating Officer of the Dallas Cowboys. “This game gives both teams an opportunity to show their dominance early in the season and we look forward to welcoming them both back to Arlington.”

“We are excited to be able to compete in an event that is so attractive to the nation’s college football fans,” said USC head football coachÂ Clay Helton. “The 2020 AdvoCare Classic will once again bring together two programs with strong and successful traditions. Playing as many outstanding non-conference opponents as possible is an experience our players and fans want. The Trojans versus the Crimson Tide will be such a game and playing in AT&T Stadium only adds to the big-time atmosphere.”

“We are thrilled to have the opportunity to open another season at the AdvoCare Classic in 2020,” Alabama head coach Nick Saban said. “Our team and our fans have always enjoyed playing in North Texas and AT&T Stadium is a fantastic competitive environment. This event has always been first-class with the intensity of a bowl game. We are also pleased to have the chance to once again face USC, and we look forward to a great game.”

Last week, we reported that Alabama will receive a $6 million guarantee for the game, per a copy of the contract obtained from the University of Alabama.

Alabama now has three non-conference games set for the 2020. The Tide are also scheduled to host Georgia State on Sept. 12 and Kent State on Sept. 26.

The addition of the Alabama contest in 2020 tentatively completes USC’s non-conference schedule for that season. The Trojans are also slated to face New Mexico on Sept. 19 and Notre Dame on Nov. 28, both at United Airlines Memorial Coliseum in Los Angeles.

Great chose of teams, great rematch, USC should have a junior QB by then & if Magic Nick is still around, should be a great game.

Looks like the state of Florida needs to get its act together, almost half those teams are from Florida

Great job to both AD’s for scheduling a big game. Especially to USC who already has Notre Dame on the Non Conference Schedule and a 9 game conference schedule. Tough Schedule