Alabama to receive $6 million for 2020 game vs. USC in Arlington 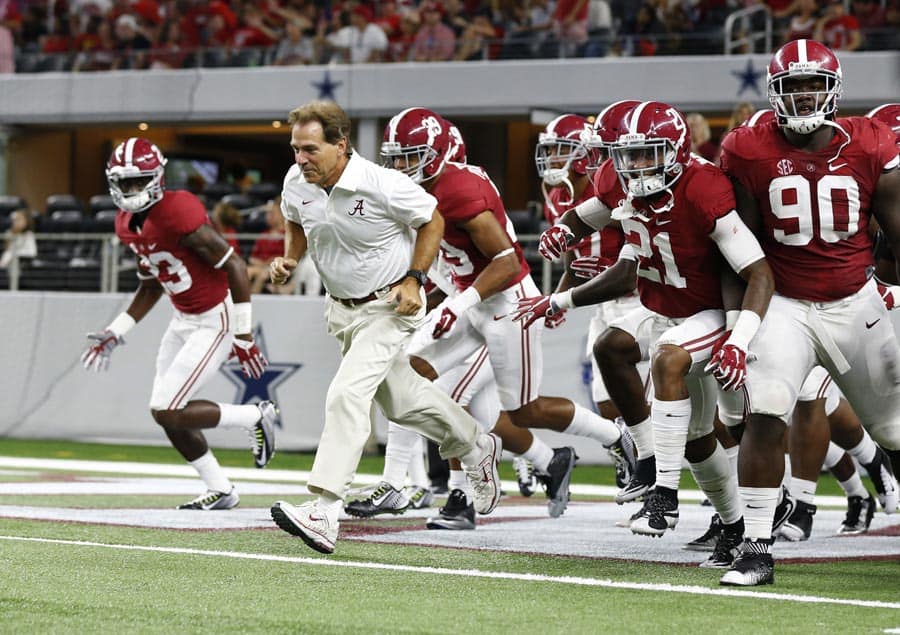 Back in March, it was reported that the Alabama Crimson Tide would face the USC Trojans in the Advocare Classic in 2020.

The game appears to be set, according to a copy of the game contract obtained from the University of Alabama via a state open records request.

According to the agreement, Alabama and USC will square off at AT&T Stadium in Arlington, Texas on Saturday, Sept. 5, 2020. The Crimson Tide will receive a $6 million guarantee for the game, according to the contract.

The contract has been signed by the Associate Vice President for Finance of the University of Alabama, but has yet to be signed by Cowboys Stadium, L.P. and ESPN Productions, Inc.

This will be the fourth appearance for Alabama in the AdvoCare Classic, which was previously dubbed the Cowboys Classic. In the 2016 contest, Alabama crushed USC 52-6 and also received a $6 million guarantee for the game.

In their first two Arlington appearances, the Crimson Tide defeated Michigan 41-14 to open the 2012 season and Wisconsin 35-17 to open the 2015 season.

Alabama has been widely criticized for playing neutral-site non-conference games rather than home-and-home series, which they last played in 2010 and 2011 against Penn State.

But the Crimson Tide have moved to squash that talk with the recent announcement of two big home-and-home series. Alabama recerntly announced that they will play Texas in 2022 and 2023 and Notre Dame in 2028 and 2029.

They’ve scheduled two in the past couple of weeks. How is that bad?

Damn SEC teams all they do is schedule FCS, FBS and non-power 5 teams and dont have any of their players drafted to the NFL.

Good deal! Glad to see these teams could make time for each other again & very nice payout as well. A better payout then playing a home/n/home series.

Yes…Clemson, FSU, USC, Wisconsin, and Oregon are FCS and FBS and non-power 5 teams. Get real before you make a post.

I read a lot of sarcasm in that post by Cobra.

How much does USC get in pay?

Don’t know. USC is a private school, so we can’t get records from them.

$6 Million guarantee, but what is the top end of the contract? If the team sells it share of tickets, the game is a sellout, TV ratings are great, what could the teams make?

I guess the 2nd question is what does a program like Alabama make on a regular home game like the Texas home and home they just schedule for a few years from now?