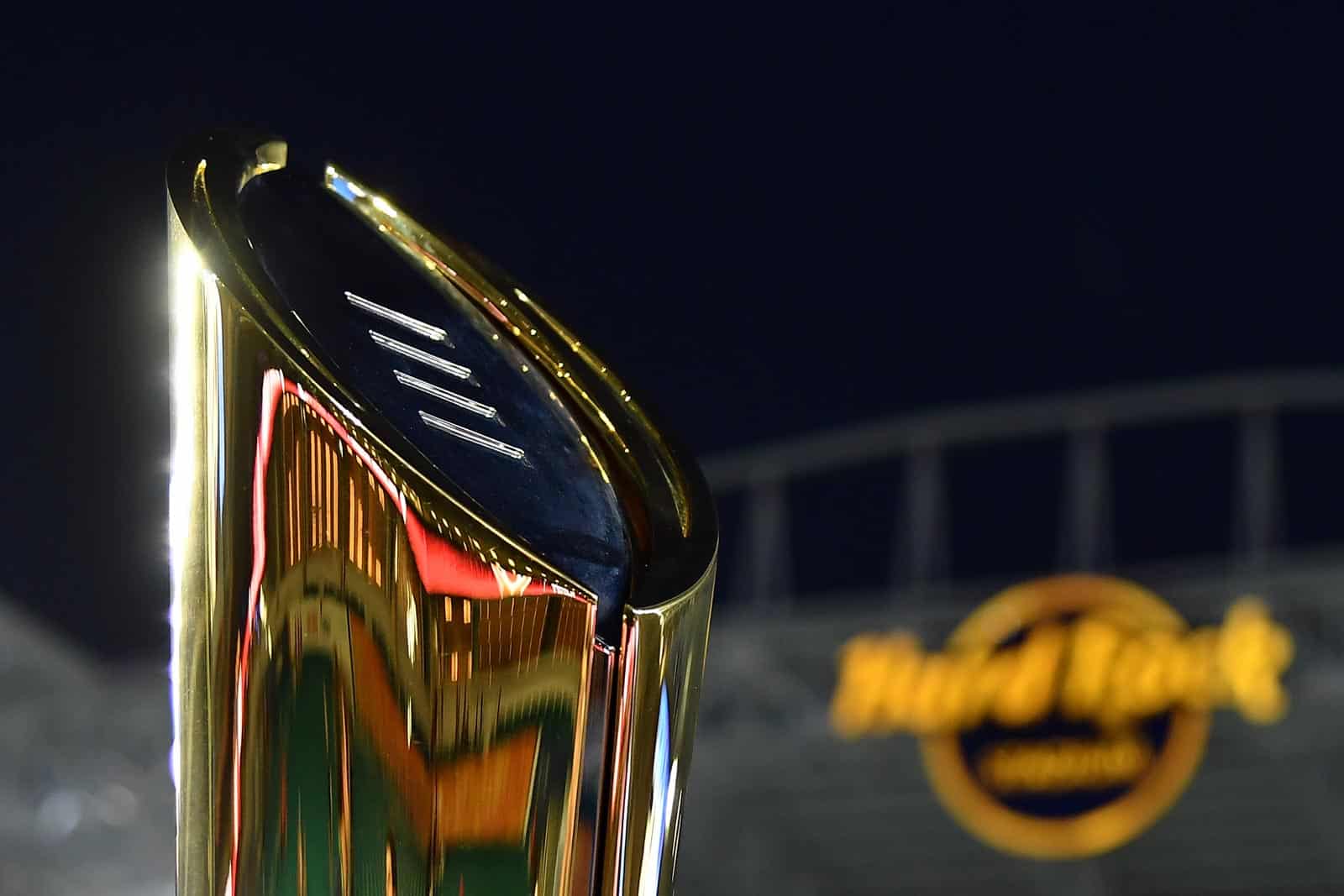 The Alabama Crimson Tide and the Ohio State Buckeyes will play in the 2021 College Football Playoff National Championship.

Tickets for the game are currently around $1,110 plus fees through our partner StubHub.

Alabama, the top-ranked team in the College Football Playoff, dominated the fourth-ranked Notre Dame Fighting Irish 31-14 in the first semifinal game at the Rose Bowl Game presented by Capital One at AT&T Stadium in Arlington, Texas, on New Year’s Day. The Crimson Tide jumped out to a 14-0 lead in the first quarter and never trailed in the game.

Third-ranked Ohio State outscored the second-ranked Clemson Tigers 21-0 in the 2nd quarter en route to a 49-28 victory in the second semifinal on New Year’s Day at the Allstate Sugar Bowl at Mercedes-Benz Superdome in New Orleans, La.

Ohio State quarterback Justin Fields completed 22-of-28 passes for 385 yards and six touchdowns. Those six touchdowns were split among four receivers, led by Chris Olave and Jeremy Ruckert with two each.

On the ground, Ohio State’s Trey Sermon led all rushers with 31 carries for 193 yards and a touchdown. Overall, Ohio State amassed 639 yards of offense to Clemson’s 444.

Alabama will be making their fifth College Football Playoff National Championship appearance. The Crimson Tide won in 2015 and 2017 and lost in 2016 and 2018. In their first and only CFP championship game appearance, Ohio State defeated Oregon 42-20.

Alabama and Ohio State first met on the gridiron in 1978 and have played four times overall. In their most recent meeting on Jan. 1, 2015, the Buckeyes defeated the Crimson Tide 42-35 in the College Football Playoff Semifinal at the Sugar Bowl.

According to BetOnline.ag, Alabama has opened as a one touchdown favorite over Ohio State.

I think one team will score 38 and the other will score 34, but I am not sure which one is which.