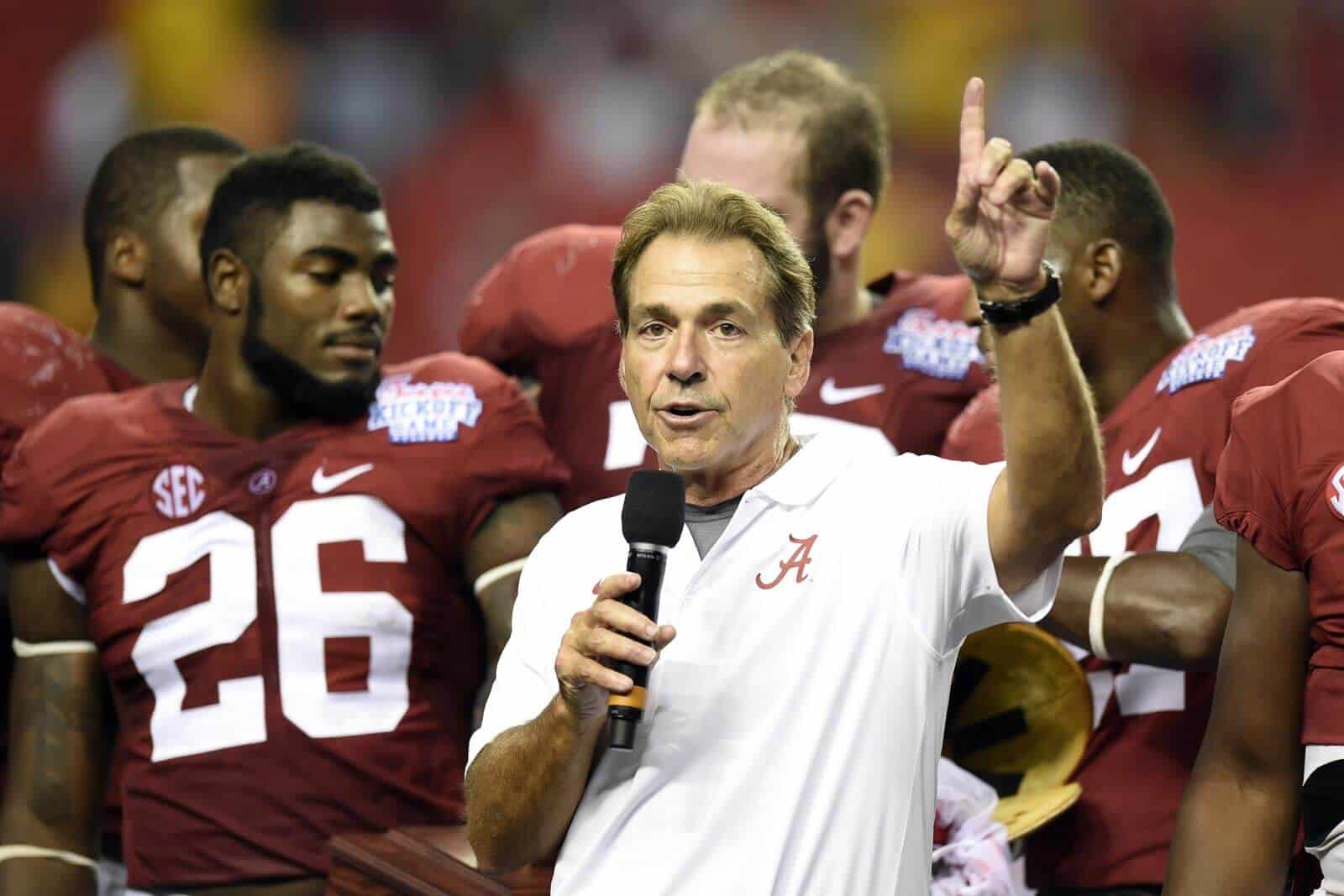 The Alabama Crimson Tide and the Miami Hurricanes are in discussions to play in the 2021 Chick-fil-A Kickoff Game, per a report by TideSports.com.

The game would be played at Mercedes-Benz Stadium in Atlanta, Georgia, on any number of dates, but most likely on a Saturday considering the matchup.

On Tuesday, FBSchedules.com broke the news that Ole Miss and Louisville will square off in a Chick-fil-A Kickoff Game to open the same season.

According to a copy of Ole Miss’ contract, the Rebels will face the Cardinals on one of three dates – Saturday, Aug. 28, Saturday, Sept. 4, or Sunday, Sept. 5.

The two schools could only meet on Aug. 28 if the NCAA changes their rules and extends the playing season to 14-weeks. That change wouldn’t add an extra game, but rather it would start the entire FBS regular-season one week earlier on what is now considered Week Zero.

Miami has never played in a Chick-fil-A Kickoff Game. Alabama has played in four and won each time, most recently in 2014 over West Virginia.

Alabama and Miami last met in the 1993 Sugar Bowl. The Crimson Tide defeated the Hurricanes 34-13 in that game to claim the national championship.

Overall, Alabama and Miami have met 17 times on the gridiron with the Crimson Tide holding a 14-3 advantage.

Nice to see Bama and The U meet on the gridiron again after those important Sugar Bowls (national title implications the last 2 meetings). Their Sugar Bowl encounters are the only meetings I’ve seen.

There was also the one in 1979 at Bryant-Denny Stadium