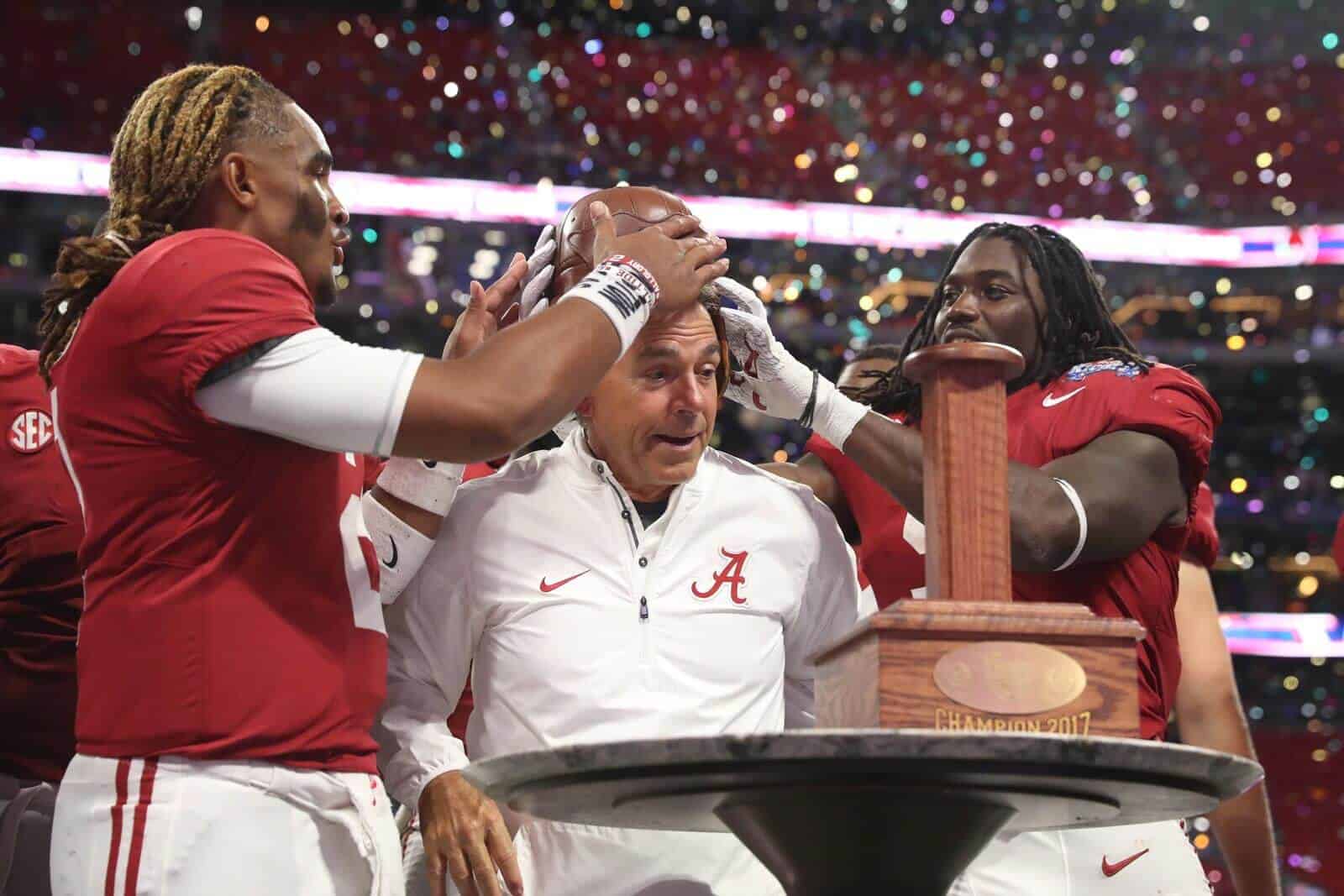 The Alabama Crimson Tide and the Miami Hurricanes will play in the 2021 Chick-fil-A Kickoff Game, the Chick-fil-A Peach Bowl officially announced on Tuesday.

The game will be played at Mercedes-Benz Stadium in Atlanta, Georgia, on any number of dates, but most likely on a Saturday considering the matchup.

“It’s truly special when you can create a dream matchup like this featuring two of the biggest brands in college football,” said Peach Bowl, Inc. CEO and President Gary Stokan. “The Chick-fil-A Kickoff Game has been fortunate enough to attract some of college football’s most decorated programs. This matchup will certainly continue that tradition.”

Miami has never played in a Chick-fil-A Kickoff Game. Alabama has played in five and won each time, most recently on Saturday, Sept. 2, 2017 over Florida State.

Alabama and Miami last met in the 1993 Sugar Bowl. The Crimson Tide defeated the Hurricanes 34-13 in that game to claim the national championship.

Overall, Alabama and Miami have met 17 times on the gridiron with the Crimson Tide holding a 14-3 advantage.

“We are pleased to have the opportunity to open another season in Atlanta for the 2021 Chick-fil-A Kickoff Game. Our team and our fans have always enjoyed playing in Atlanta and Mercedes-Benz Stadium is a fantastic competitive environment,” said Alabama Head Coach Nick Saban. “This event always has the feel of a bowl game and the Chick-fil-A Peach Bowl staff has made it a first-class event. We have a lot of respect for Coach Richt and the Miami program, and we look forward to a great game in 2021.”

“We are excited to kick off the 2021 season against Alabama in the Chick-fil-A Kickoff Game. Both teams have great tradition. We are looking forward to the battle,” said Miami Head Coach Mark Richt.

Last month, FBSchedules.com broke the news that Ole Miss and Louisville will square off in a Chick-fil-A Kickoff Game to open the same season.

According to a copy of Ole Miss’ contract, the Rebels will face the Cardinals on one of three dates – Saturday, Aug. 28, Saturday, Sept. 4, or Sunday, Sept. 5.

The two schools could only meet on Aug. 28 if the NCAA changes their rules and extends the playing season to 14-weeks. That change wouldn’t add an extra game, but rather it would start the entire FBS regular-season one week earlier on what is now considered Week Zero.

Great game, especially when Miami will be a top program again (which they finally are coming into with Mark Richt, a much better coach than Kirby Smart)

Happy this match can happen, hopefully magic Nick & Coach Richt are still there, 4 years down the road.