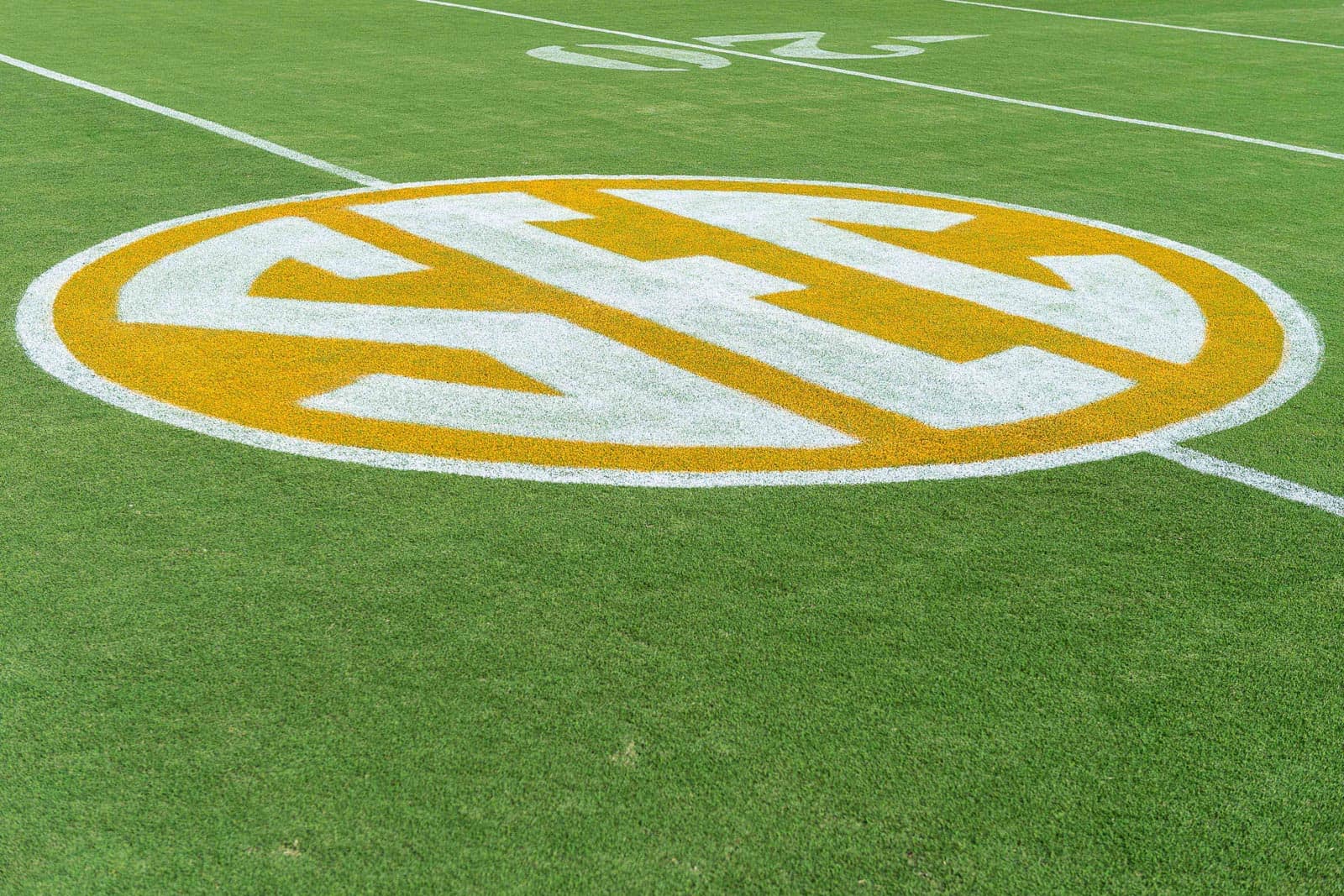 The Alabama at LSU and Texas A&M at Tennessee football games have been postponed due to COVID-19, the SEC announced on Tuesday.

Both games were scheduled for Saturday, Nov. 14. Alabama-LSU was scheduled for 6:00pm ET on CBS following third-round coverage of the Masters, while Texas A&M-Tennessee was slated for 3:30pm ET on ESPN. Both of those time slots will likely be filled by other games.

The Alabama at LSU game has not yet been rescheduled because the two schools do not share a common open date. Alabama is open on Saturday, Dec. 12, but LSU previously had their postponed game at Florida rescheduled for that date.

The SEC did announce that the Texas A&M at Tennessee game has tentatively been rescheduled for Saturday, Dec. 12. Additionally, the conference has discussed using Saturday, Dec. 19 to make up games if the teams are not playing in the SEC Championship Game, which is scheduled for that date.

“While it is unfortunate to have multiple postponements in the same week, we began the season with the understanding interruptions to the schedule were possible and we have remained focused throughout the season on the health of everyone around our programs,” said SEC Commissioner Greg Sankey. “We must remain vigilant, within our programs and in our communities, to prevent the spread of the virus and to manage activities that contribute to these interruptions.”

Below are quotes from some of the teams involved in todays postponements:

“Based on the number of student-athletes unavailable due to positive tests, contact tracing, and non-COVID injuries, we will not have the minimum number of scholarship players necessary to play on Saturday,” LSU Director of Athletics Scott Woodward said. “We are disappointed there will be no football in Tiger Stadium this weekend, but we will always prioritize the health and wellness of our student-athletes. We will continue to follow the league’s protocols in order to safely and responsibly return to play.”

“Since the beginning of COVID-19, the health and safety of our student-athletes, coaches and staff has been our number one priority. Throughout the last several months, we have been reminded how important it is to be flexible and nimble, because this scenario was expected to happen. While we are disappointed we are not able to play this weekend, we are appreciative of the SEC’s foresight to build in the flexibility that allows us to reschedule the Tennessee game.

“We currently have three active cases within our football program, including two who traveled with the team to South Carolina, and one who did not travel to South Carolina because of a positive test on November 5. The nature of away game travel (flights, meals, lodging, locker room, etc.) naturally leads to an increase in the number of student-athletes, coaches and staff who meet the criteria for mandatory quarantine based on contact tracing guidelines. We are asking everyone around our university community to stay vigilant and follow all of the safety protocols and best practices as we approach the end of the fall sports seasons.”

“First, and foremost, is the health and safety of our players in our football program. I would never jeopardize their well-being and we will continue to follow all protocols. Our football team roster has fallen below the SEC threshold in order to compete this week due to two players testing positive for COVID, the contact tracing associated with the road trip, to go along with the players who have opted out and who are injured. We look forward to getting back out there because our team has been practicing and playing well.”

“We appreciate Texas A&M’s communication this week,” Tennessee Director of Athletics Phillip Fulmer said. “Our football program continued with its traditional game-week preparation as we awaited a decision on the status of Saturday’s game. We received confirmation of the game’s postponement this afternoon, and we will share pertinent updates with ticket holders via email and social media as developments occur.”