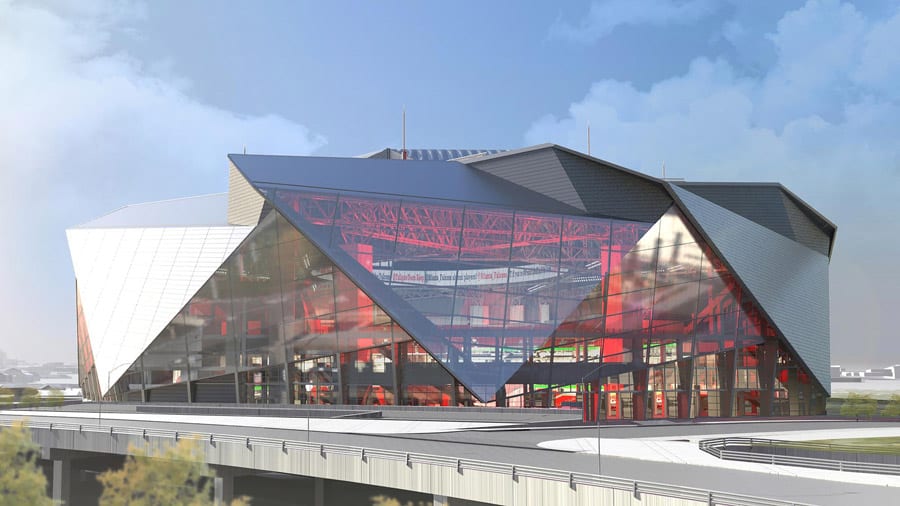 The Alabama Crimson Tide and the Florida State Seminoles will open the 2017 season in Atlanta, the Palm Beach Post has reported.

The matchup will be the Chick-fil-A Kickoff Game and it will be played in the new Atlanta Falcons Stadium that is currently under construction.

According to FSU athletic director Stan Wilcox, the two schools have an agreement in place to play in the game. The contract will be signed at a later date and will be followed by an official announcement.

Alabama and Florida State have met four times on the gridiron. The Crimson Tide lead the series 2-1-1, although Florida State was forced to vacate their 2007 win due to NCAA sanctions.

Alabama has played in three straight season-opening kickoff games and recorded victories in each: 41-14 over Michigan in Arlington in 2012, 35-10 over Virginia Tech in Atlanta in 2013, and 33-23 over West Virginia in 2014, also in Atlanta

The Crimson Tide also have matchups set this season vs. Wisconsin and in 2016 vs. USC, both in Arlington, Texas.

Last year, Florida State announced they are opening the 2016 season at the Citrus Bowl in Orlando against the Ole Miss Rebels.

Alabama-Florida State may be the second of two Chick-fil-A Kickoff Games in 2017. Last summer, multiple sources reported that Georgia Tech and Tennessee are close to signing a contract to play on Monday (Labor Day) that season.

Last month, Georgia Tech athletic director Mike Bobinski told the AJC that the matchup vs. Tennessee was close to being finalized.

“All signs are very good,” Bobinski said. “Like everything, I’ll feel better when I see it and we sign it, but I’ve got no indication other than it’s happening and we’re still good to go.”

Is it possible this game will be over shadowed by Baylor actually playing an OOC game in 2017 with a team from a BCS/P5 conference for the first time this decade?

Mike my effort at sarcasm did not go so well.

At this time Baylor is scheduled to play Duke in 2017. The games with Duke would be the first OOC game Baylor will play this year against a team from a BCS/P5 conference.

How could espn talk about anything else?

As a SHSU alum I can say you never know what you’re going to get out of our team – we were actually leading Baylor at the half in 2012.

Nice, nice, nice match up, great game! This seems to be a sequel to the 2007 J’ville game between these two.

Can someone give me a idea of the date for this game?

Wake me when they play a home and home with an OOC opponent, I’d be really impressed if they leave the SEC footprint for the game.

They had a home-and-home with Michigan State but pussed out.

One home-and-home for the Tide in how many years? ooh, I’m impressed…not.

The match-up a lot of people wanted to see the last two seasons is finally going to happen! I hope it lives up to the hype.

Amazing how so many are jealous of Alabama.. Roll Tide