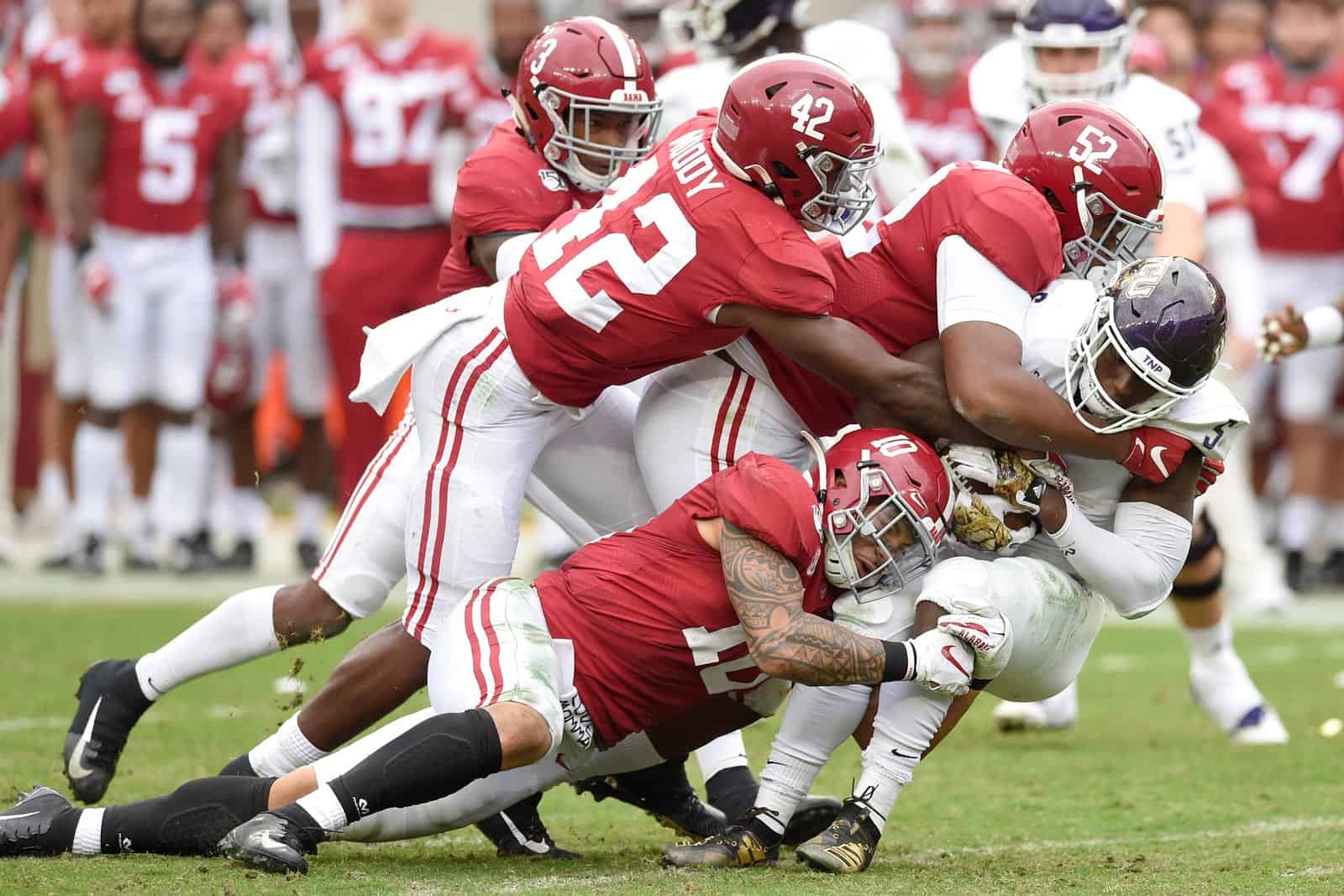 The Alabama Crimson Tide and the Arizona Wildcats have scheduled a home-and-home football series for 2032 and 2033, both schools announced on Thursday.

In the first game of the series, Alabama will host Arizona at Bryant Denny Stadium in Tuscaloosa, Ala., on Sept. 4, 2032. The Crimson Tide return the trip at Arizona Stadium in Tucson, Ariz., on Sept. 3, 2033.

The 2032 contest between Alabama and Arizona will mark their first-ever meeting on the gridiron.

“We are excited to announce another home-and-home for our future football schedules with the addition of Arizona for the 2032 and 2033 seasons,” said Alabama Director of Athletics Greg Byrne. “These meetings will be the first between the Crimson Tide and Wildcats, providing our teams and our fan bases exciting new opportunities during the regular season. As I said early on, we are going to work hard at adding more home-and-homes to our non-conference schedules, and we are pleased that we’ve been able to do that, securing nine of them thus far that will begin in 2022 with Texas.”

Arizona is the second non-conference and second Power opponent scheduled for Alabama for both the 2032 and 2033 seasons. The Crimson Tide are scheduled to play at Oklahoma on Sept. 11, 2032 and host the Sooners on Sept. 10, 2033.

“We are very excited to announce this home-and-home series with Alabama,” said Arizona Vice President and Director of Athletics Dave Heeke. “Facing a marquee opponent like the Crimson Tide is not only important to our football program, but bringing a high-profile opponent to Arizona Stadium will make a tremendous impact on our community. We look forward to welcoming the Alabama football program to Tucson, as well as an exciting trip to Tuscaloosa.”

Alabama is the first scheduled non-conference opponent for Arizona in 2032 and 2033.

It’s a big surprise for Alabama, long only playing neutral site P5 games, is now all of a sudden scheduling OOC home& home series as far as the eye can see … starting in ’22 they have Texas, Wisconsin, West Virgnia, Florida State, Notre Dame, Georgia Tech, Arizona, Virginia Tech on tap to 2035.

Do you wonder who the first schools will be to schedule a home and home (other than a rivalry game) that reaches to 2040?

I think this is great and I like the Alabama mindset … and getting away from the neutral site games. I think college football fans would rather travel to schools they have never been to and experience different traditions than some fancy neutral site vacation destination.