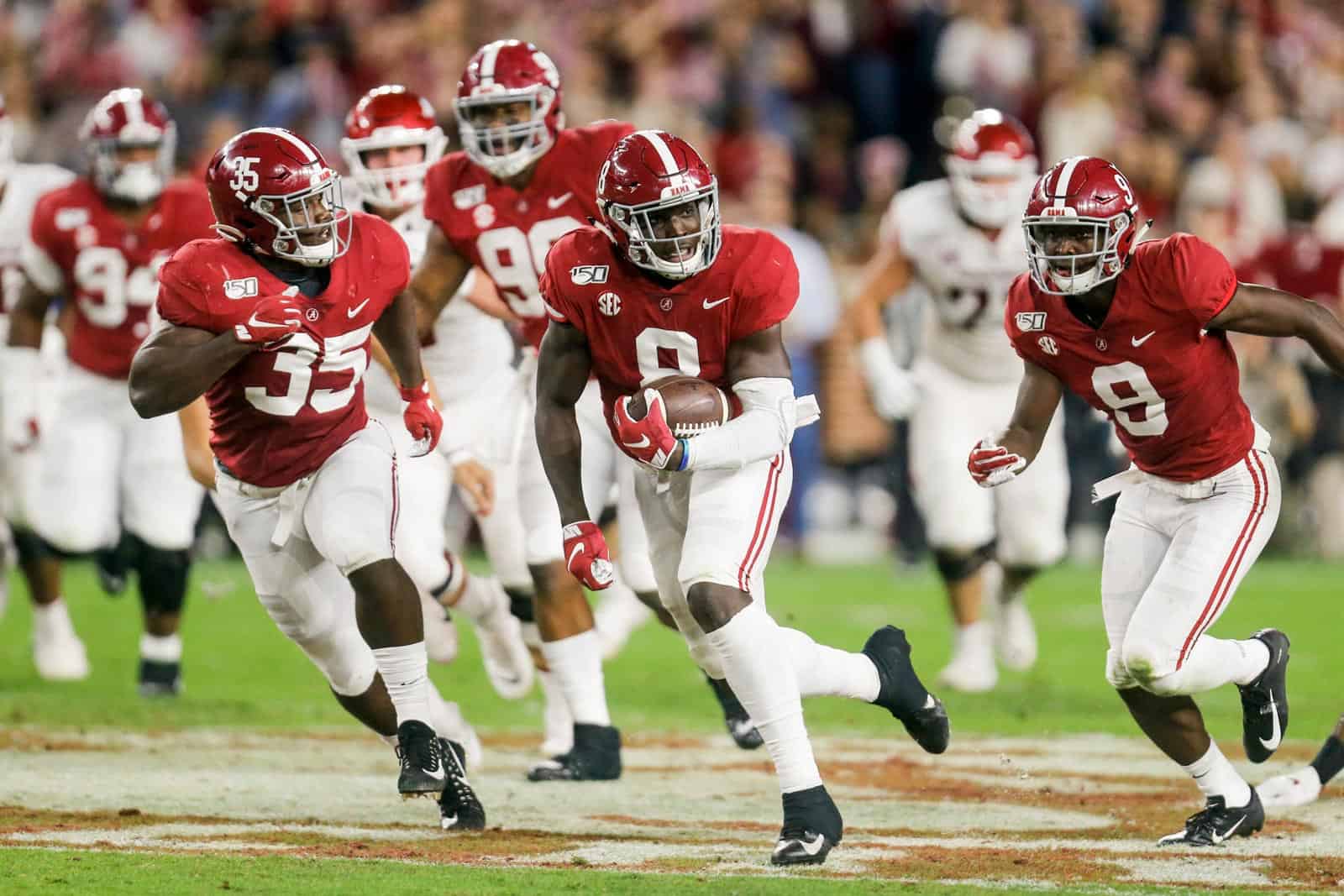 The Alabama Crimson Tide have scheduled home-and-home football series with the Florida State Seminoles and the Virginia Tech Hokies, the school announced on Thursday.

The Alabama-Florida State series will kick off with Alabama traveling to take on Florida State at Doak Campbell Stadium in Tallahassee, Fla., on Aug. 30, 2025. The Crimson Tide will host the Seminoles the following season at Bryant-Denny Stadium in Tuscaloosa, Ala., on Sept. 19, 2026.

“The addition of Florida State to the 2025 and 2026 schedules gives us our second non-conference Power 5 matchups of those seasons as we also play Wisconsin at home in 2025 and West Virginia on the road in 2026,” said Alabama Director of Athletics Greg Byrne. “We’ve been working diligently at building future schedules that provide our team and our fans a lot of excitement and opportunity, and we are pleased to add the Seminoles to that mix.”

Alabama and Florida State first met on the gridiron in 1965 and have played a total of five contests, including a 2007 FSU win that was vacated. In their most recent matchup in the 2017 Chick-fil-A Kickoff in Atlanta, Ga., Alabama defeated Florida State 24-7.

“We are very pleased that we could work this out and we know that it will be a great event on both campuses,” Florida State Director of Athletics David Coburn said. “We appreciate Alabama being our partner in this, and both the ACC and SEC offices who had to do a lot of work behind the scenes to make this a reality.”

Although exact dates and locations were not specified, Alabama also announced today that they will play a home-and-home series with the Virginia Tech Hokies in 2034 and 2035.

Alabama and Virginia Tech have met 13 times on the gridiron, most recently in Chick-fil-A Kickoff games in 2009 and 2013. The Crimson Tide won both of those contests and currently lead the series with the Hokies 12-1.

I take this to mean that even the biggest and most elite schools are taking notice of sagging fan attendance for lackluster non-conference September games and one-off games in October and November. They obviously see the worth in scheduling up.

This makes me very happy and I am not a fan of the SEC or the ACC but college football in general.

Florida State and Virginia Tech can be very good sometimes great teams and hopefully will make a good match for Alabama.

Better yet is these are two OOC power schools, along with Wisconsin and have good odds of all being Top 25 teams when the game is played, even thought the ACC schools are not ranked today. The committee talks about strength of schedule, quality wins (it seems quality means final 25 rankings) although in selections so far Alabama has never been left out even the one time they did not win the SEC championship.

Way to schedule up Alabama.