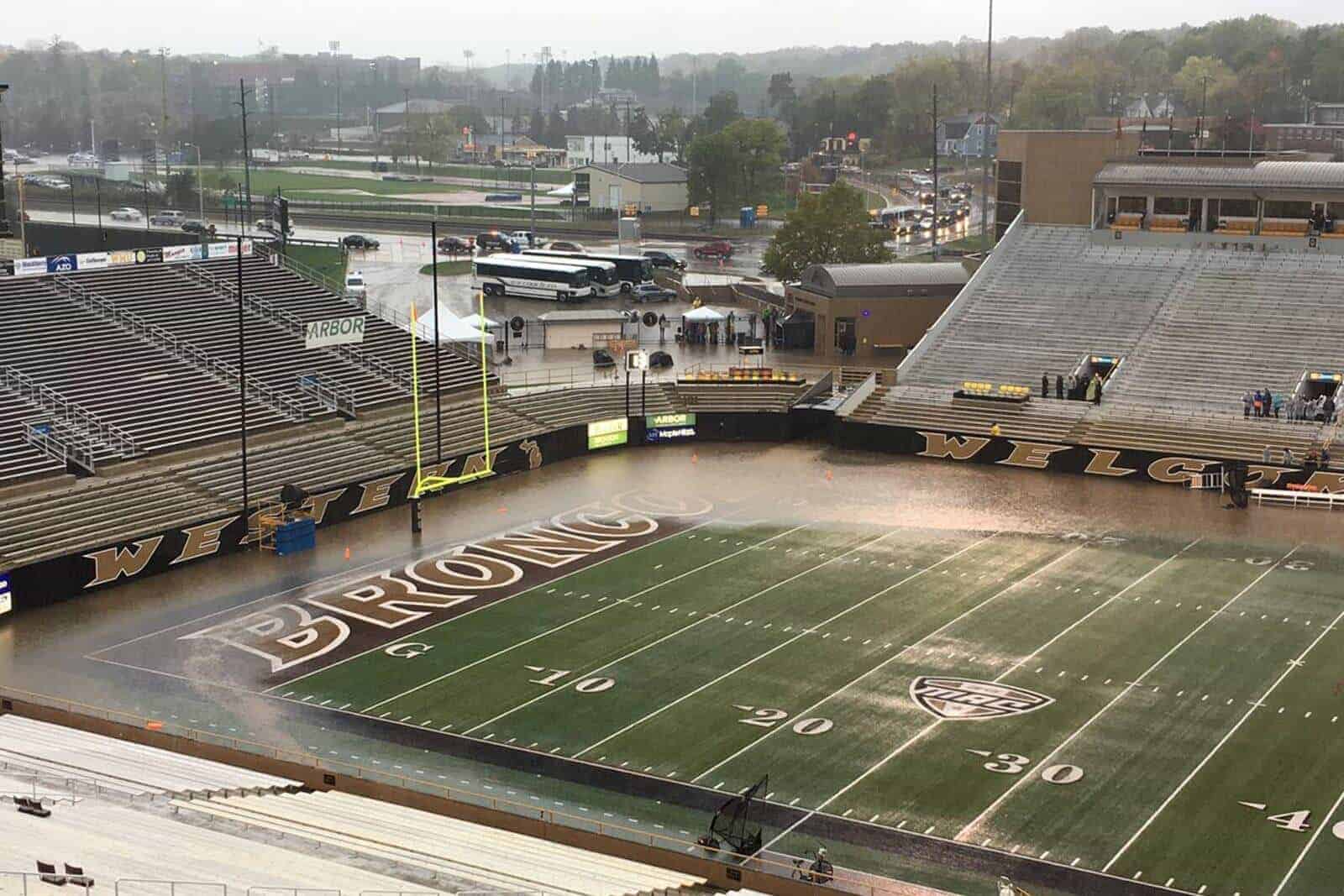 The Akron Zips at Western Michigan Broncos football game has been postponed to Sunday, Oct. 15, the MAC has announced.

The game was scheduled for Saturday, Oct. 14 at 3:30pm ET. However, heavy rainfall and lightning in the Kalamazoo, Michigan area forced the postponement.

The game was scheduled as part of Western Michigan’s homecoming weekend. CBSSN was set to televise the game, but it is not yet known if the game will be televised on Sunday.

Western Michigan is 4-2 overall and 2-0 in MAC play this season. Akron is also 2-0 in conference play and is 3-3 overall.