Akron to play at Michigan State, host Saint Francis U. in 2022 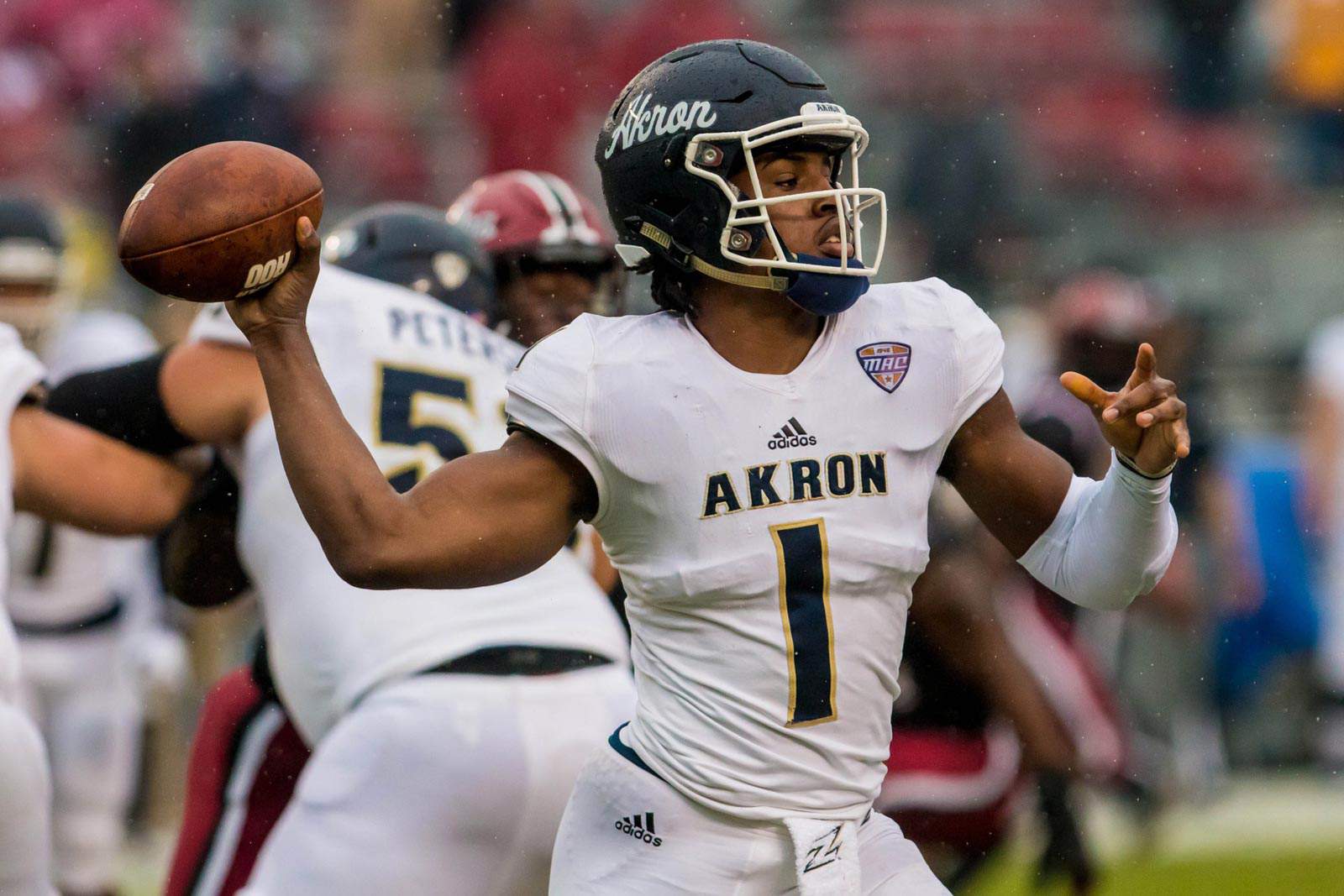 The Akron Zips have added games against Michigan State and Saint Francis University to their 2022 football schedule, FBSchedules.com has learned.

Copies of contracts for both games were obtained from the University of Akron via a state open records request.

Akron will travel to face Michigan State at Spartan Stadium in East Lansing on Sept. 10, 2022. The Spartans will pay the Zips a $1.5 million guarantee for the game, according to a copy of the contract.

Akron and Michigan State haven’t met on the gridiron since the two schools played a pair of games over 100 years ago. Michigan State defeated Akron in both contests, 41-0 in 1913 and 75-6 in 1914.

Akron will open the 2022 season against the Saint Francis Red Flash on September 3. Akron will pay SFU a $330,000 guarantee for the contest, per the copy of the contract.

The 2022 contest between Akron and Saint Francis University will the their first-ever meeting on the gridiron.

SFU competes in the Northeast Conference (NEC) in the Football Championship Subdivision (FCS). Akron is their first known non-conference opponent for 2022.

The addition of Michigan State and Saint Francis tentatively completes Akron’s non-conference schedule for the 2022 season. The Zips are also slated to play at Liberty on Sept. 24 and host New Mexico State on Oct. 1.

Michigan State’s 2022 schedule is now complete with the addition of Akron. The Spartans are also set to host Western Michigan (Sept. 3) and travel to Boise State (Sept. 17) in non-conference action.