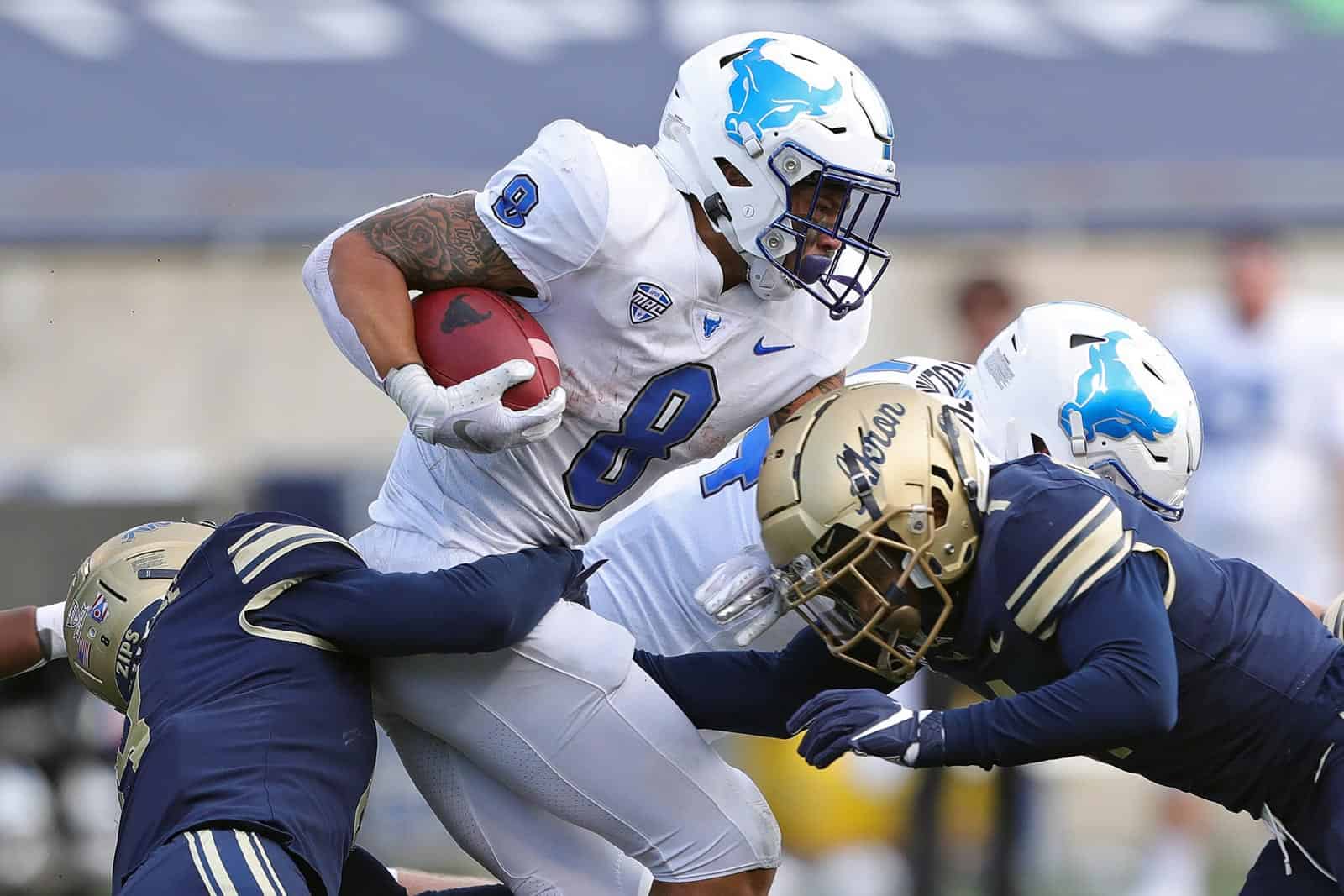 Buffalo was previously scheduled to host Akron at UB Stadium in Buffalo, N.Y., on Saturday, Nov. 19, 2022. However, the game was postponed due to a massive snowstorm that hit Buffalo and Western New York.

Akron will now travel to take on Buffalo on Friday, Dec. 2, according to the statement released by the MAC. Kickoff for the game has been tentatively set for 1:00pm ET and television and/or streaming coverage will be announced at a later date.

Regardless of how the rest of the season plays out, the Buffalo Bulls (5-5, 4-2 MAC) cannot win the MAC East after the Ohio Bobcats claimed that title on Tuesday evening. That result enabled the Buffalo-Akron game to be rescheduled for conference championship weekend. The Bulls are next scheduled to host the Kent State Golden Flashes on Saturday, Nov. 26 (1:00pm ET, ESPN+).

Akron is currently winless in conference play at 0-6 (1-9 overall). The Zips are scheduled to visit the Northern Illinois Huskies this Saturday at 1:30pm ET with streaming coverage on ESPN3.

SJSU-NMSU can also be made up during Championship Week since SJSU can’t clinch the West Division berth in the MW title game.

Perhaps James Madison and Virginia Tech should play each other that weekend too.

Should they play at night? I kid I kid!