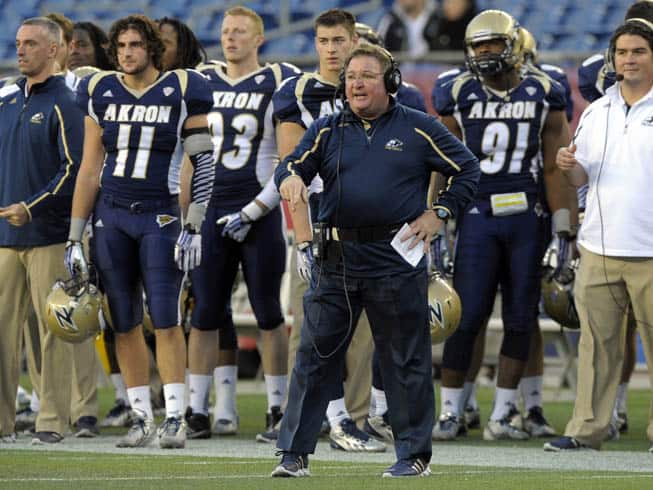 The Akron Zips have completed their non-conference football schedules for the 2015 and 2016 seasons, the school announced today.

Akron opens the 2015 season on the road at Oklahoma on Sept. 5. The Zips then host back-to-back games at InfoCision Stadium — Pittsburgh on Sept. 12 and Savannah State on Sept. 19.

Their final non-conference game in 2015 is on the road at the UL Lafayette Ragin’ Cajuns on Sept. 26. The game was pushed back one week from its previously announced date of Sept. 19.

Akron also opens the 2016 season at home, this time on a Thursday night (Sept. 1) against the VMI Keydets.

The Zips then hit the road for consecutive games at Wisconsin on Sept. 10 and Marshall on Sept. 17. Akron then closes the non-conference portion of their schedule at home on Sept. 24 against Appalachian State.