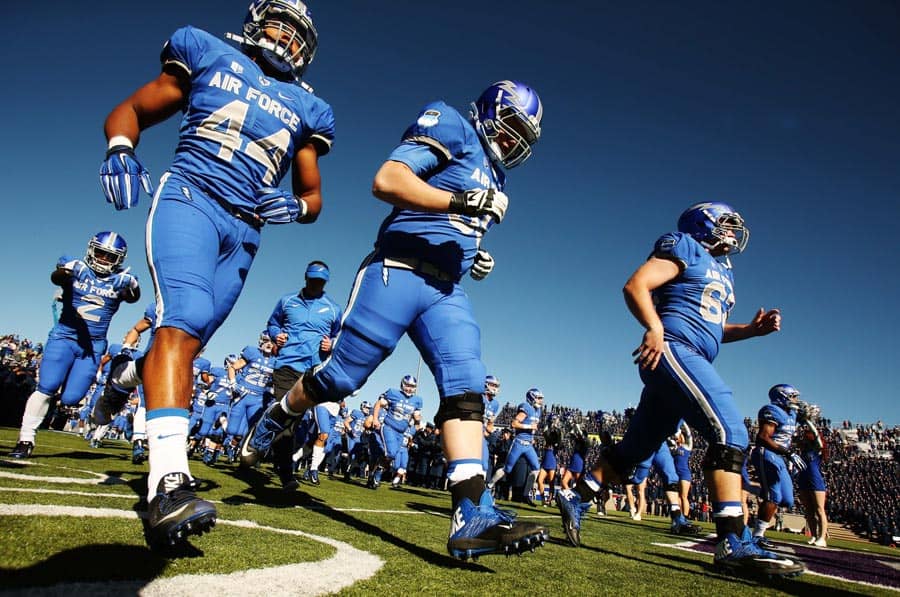 The Air Force Falcons will open the 2019 season at home against the Colgate Raiders, according to Colgate’s official website.

Air Force will host Colgate at Falcon Stadium in Colorado Springs, Colorado on Saturday, Aug. 31. The game will be the second meeting between the two schools on the gridiron.

In their first meeting back in 2013, Air Force defeated Colgate 38-13 in Colorado Springs.

Air Force’s 2019 non-conference schedule is now tentatively complete with the addition of Colgate. The Falcons are also scheduled to host Army (date TBD) and travel to Colorado (Sept. 14) and Navy (Oct. 5).

Colgate should have the full Patriot League scholarship allotment by this point, right?

And don’t forget – as Air Force plays @Hawaii, they might not be done scheduling…