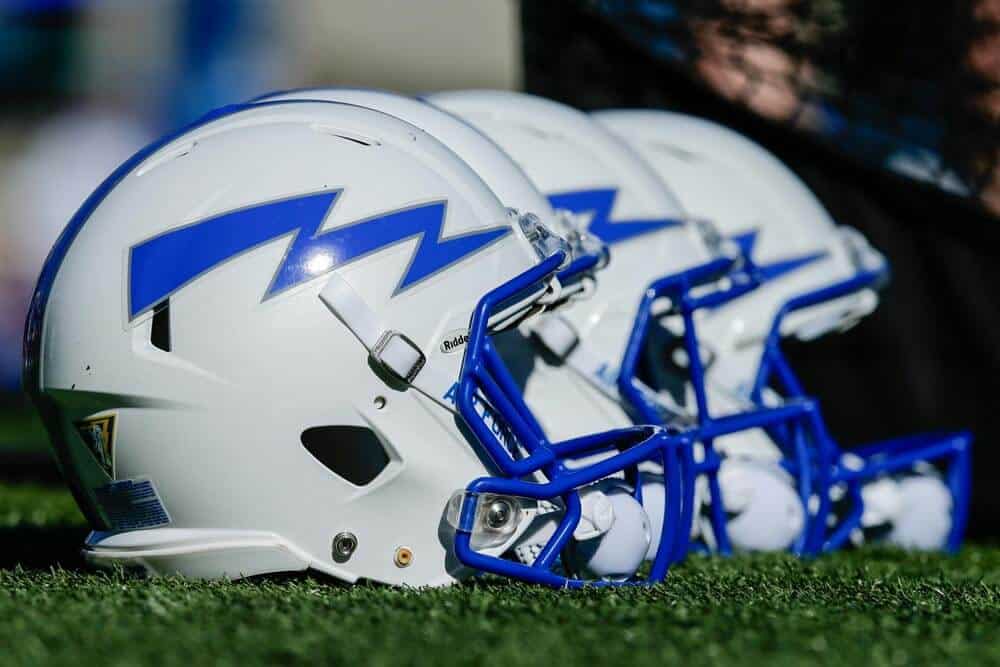 The Air Force Falcons will open the 2018 football season vs. the Stony Brook Sea Wolves. The matchup was revealed last year by Stony Brook Director of Athletics Shawn Heilbron.

The game will be played at Falcon Stadium in Colorado Springs, Colorado on Sept. 1, 2018. The date, which was not specified by Heilbron, was confirmed through Stony Brook’s sports communications office.

The 2018 contest will be the first-ever meeting between Air Force and Stony Brook on the gridiron.

Stony Brook is a member of the Colonial Athletic Association (CAA) in the Football Championship Subdivision. The Sea Wolves finished the 2016 season 5-6 overall and 4-4 in CAA play.

The addition of Stony Brook tentatively completes the non-conference schedule for Air Force in 2018. The Falcons also travel to Florida Atlantic (Sept. 8), host Navy (Oct. 6), and travel to Army on a date to be determined.

Many articles have been written in Denver papers regarding a decline in Air Force’s football attendance in recent seasons. Starting 2017 at home vs. VMI and 2018 at home vs. Stony Brook will likely aid the win column, but neither is likely to put bodies in seats.