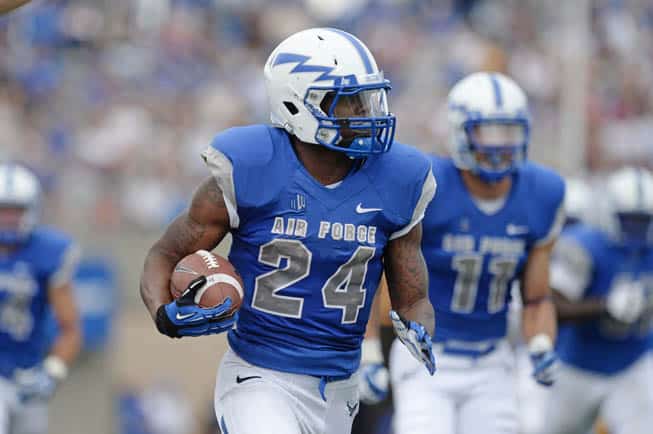 The Air Force at Navy and Army at Boston College football games will be played as scheduled this Saturday. Both contests had been close to cancellation due to the federal government shutdown.

The Naval Academy tweeted at 9:52 p.m. this evening that their contest against the Air Force Academy would be played.

#NavyFootball game on Saturday against Air Force is a GO. Kickoff 11:30 AM on CBS. No word on the rest of the sports this weekend.

Navy will host Air Force at Navy-Marine Corps. Memorial Stadium in Annapolis. The game will kickoff at 11:30 a.m. ET and will be broadcast by CBS.

Later Wednesday evening, the AP confirmed through a source at the Department of Defense that the Army at Boston College game would also be played as scheduled.

Boston College and Army will meet at BC’s Alumni Stadium in Chestnut Hill, Massachusetts at 1 p.m. ET (ESPN3). This weekend is Homecoming for the Boston College Eagles.

Both the Air Force at Navy and Army at Boston College games are being allowed to continue because the costs to the service academies will be paid by “non-government funding,” a source told ESPN.

Saturday’s Air Force-Navy game is the first in the Commander-in-Chief’s Trophy series for the 2013 season. The trophy is awarded to the service academy with the best record against the other two academies each season.

Navy won the trophy last year to up their win total to 13 since the Commander-in-Chief’s Trophy was first awarded in 1972. Air Force leads the series with 18 awards, while Army is in last with only six.