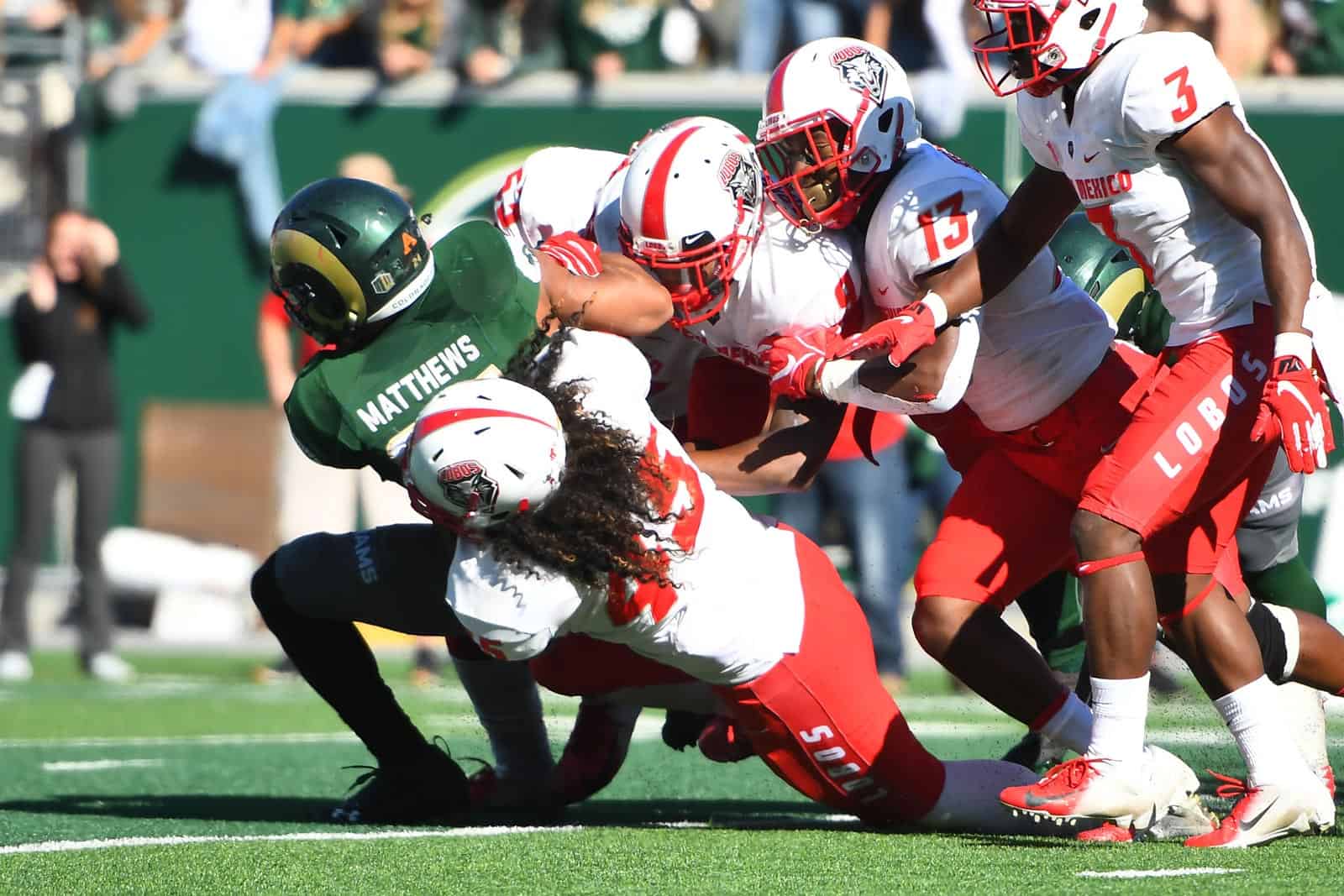 Saturday’s Air Force Falcons at New Mexico Lobos football game has been postponed due to the death of a New Mexico student-athlete, UNM announced on Wednesday.

Air Force and New Mexico will now meet at Dreamstyle Stadium in Albuquerque, N.M., on Saturday, November 23. The game will be played at 2:00pm ET/noon MT and broadcast details will be announced at a later date.

Both schools were previously schedule to have an open date on November 23, so no other contests will be affected by the change.

The postponement of the Air Force-New Mexico game is due to the passing of New Mexico Lobo defensive tackle Nahje Flowers on Tuesday morning. Flowers, a redshirt junior, played in all 24 of New Mexico’s games over the last two seasons. He appeared in six games this season, including the Lobos’ 21-10 loss last week at Nevada.

We will miss you more than you can possibly imagine. Love you Nahje. #GoLobos pic.twitter.com/loEOxiggIB

“In light of the circumstances and following a thorough review of all factors, which included multiple conversations with both institutions, the Conference office has determined this is the appropriate course of action,” Mountain West Commissioner Craig Thompson said. “Our focus is on the family, friends and teammates who have been affected during this difficult time.”